in 2010, the “tufa” (short for “tuchfabrik”) a former cloth factory, trier’s cultural centre focusing on cabaret, theatre, music, dance, literature, visual arts… was celebrating its 25th anniversary. artists from all countries were invited to send a message of congratulations and in order to remember its past and present.

manuscripts dating back to 200 bc use valuable animal skin as a calligraphic surface. compared to paper, parchment has the advantage of greater strength and, consequently, can be used several times: for this purpose, the older writing was washed off or erased with a knife or pumice stone.

occasionally, monks or scribes would remove old writings and record new information on the same precious piece of parchment. many years later, the former layers may have become visible once again and the idea that you can have several moments of history, contents and manufacturing processes on the same kind of support fascinated me.

the strong but yet flexible material parchment reacts to humidity and light sources and i was curious to see in what condition the postcard finally arrived at its destination: the writing was not washed off, but the postcard became a bit wrinkled, wavy, perhaps shrunk a bit.

all cards were shown in an exhibition and displayed in an online catalogue (link not available anymore), as well as assembled in a printed version (verlag kleine schritte, isbn 978-3-89968-133-8). 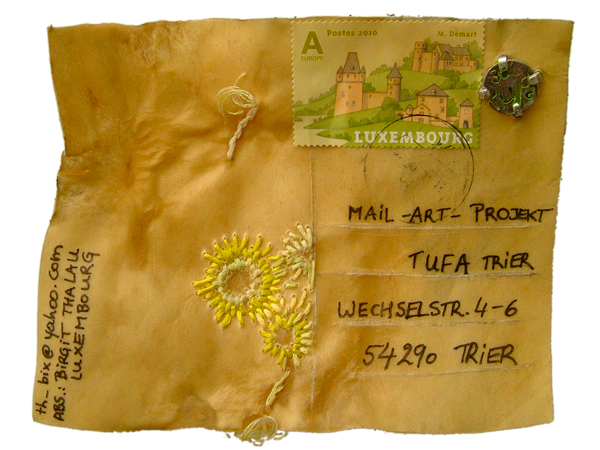 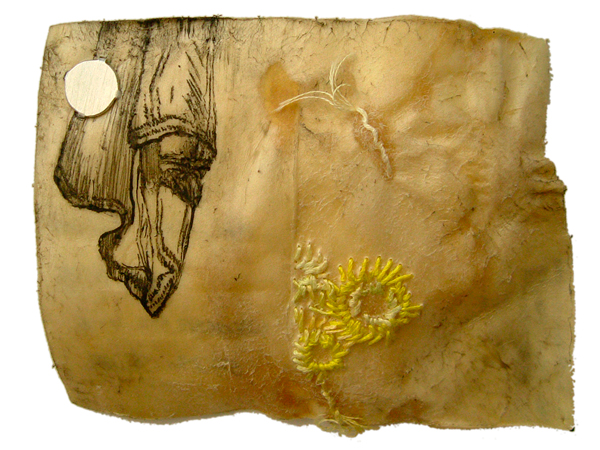