plaster is today commonly available as an industrially produced powder made from natural and artificial materials. there exist many variations and additions to these mixtures that have been applied according to their properties.

the soft, semi-translucent rock gypsum (a calcium sulphate e.g., alabaster) and limestone (a calcium carbonate e.g., aragonite, calcite) are usually taken for its production. especially alabaster (hardness 2 on the mohs’ scale) responds well to the sculptor’s tools and therefore, from the end of the thirteenth to the eighteenth century, served as raw material for making decoratively carved artefacts and figurines of various scales. whilst resembling the more noble material a lot, it was cheaper than marble.2

the term plaster has changed in meaning and context throughout its history.

in the field of construction, plaster meets practical functions. the egyptian craftsmen already used a lime mixture to fill the cavities when building pyramids. it is also transformed for the integration of interior ornamentation (e.g., arabesques in mosques, stucco). the oldest evidence dates back to the neolithic site çatal höyük, in asia minor, where pulverised gypsum was used to create a base for decorative reliefs.

with the advent of the industrial age and its debate on “material justice”, all genres were affected. accordingly, due to the automation of work, this first had a major influence on the making of useful objects for the everyday life and the substances processed in architecture. for the defenders of material justice, plaster was hardly worth considering, as its usage was so extremely diverse.

at the beginning of the twentieth century, the subject also impacted the visual arts. in the field of sculpture, modernists considered plaster as emblematic for the intermediate stage: used in the past to ensure project- based works, model making, inexpensive executions or to manufacture replicas of original sculptures.1 the question of the final and conclusive work of art and the value of traditions was addressed for example by the artists of arte povera, but also by contemporary artists like rachel whiteread. her plaster casts of the vacant, inside spaces of rooms or buildings reveal a shape that is otherwise not seen and hence blur references between architecture and art.2

in addition to his sculptures and projects in the public space, amsterdam based artist ruudt peters crafts contemporary jewellery with traditional techniques and made use of plaster for the series lapis, such as for the collar tabula (1998) or the pendant finger (1997).

after being ground, the dry, dusty material has no character of itself. if the material was left in the powder state, craftsmanship and artistic intention would be questioned.

once some water is added, it transforms to a liquid and is then, during solidification, taking on any shape or texture. impressions and castings are historically the most important ways of usage and the principles of these methods remain unchanged. copying and imitating things from nature is an ancient technique, where marks of small objects e.g., coins, medals or seals were reproduced in plaster or metal.3

defining my own book of recipes and methods, handling the contradictions based on the consistencies of the matter: my explorations about artful and artless possibilities with plaster really confronted me with the material and i aimed to discover and imagine as many of these potentials as possible.

carving and chiselling against dripping and dipping… in order to provide this rather humble substance a certain preciousness, i made use of the resourcefulness of specialised craftsmen’s and sculptors’ tools.

“i image a mine where this rock came from … a piece of that rock which suddenly transforms into billions of white grains and becomes even softer than before. in my hands, the powder leaves marks and sticks to my skin… a white spot here and there … like jewellery on my body. only a short moment, then the powder is gone in silence … using water to revive more of the material, i notice that i am not anymore able to hold the matter, i observe it running through my fingers like an unmanageable dough, i wonder how to handle this … adding more powder … and it becomes a rock again … then follows a different activity, sculpting a block, looking at what may be inside. this contrast between the slurry, more ephemeral substance as opposed to the stubbornness of the stone that it originates from is fascinating …”

as gypsum and limestone are minerals, they could be seen as “conventional” jewellery components. as a matter of fact, during the transformation from paste into solid, the powder rehydrates over time into a mineral. this wonderful hint was also a reason for me to use plaster, that is to say as a substitute for stone (like the sculptural and architectural tradition, where plaster should imitate marble or reminding the lapis series created by ruud peters), for manufacturing small body ornaments that are from a material of durable but brittle nature. 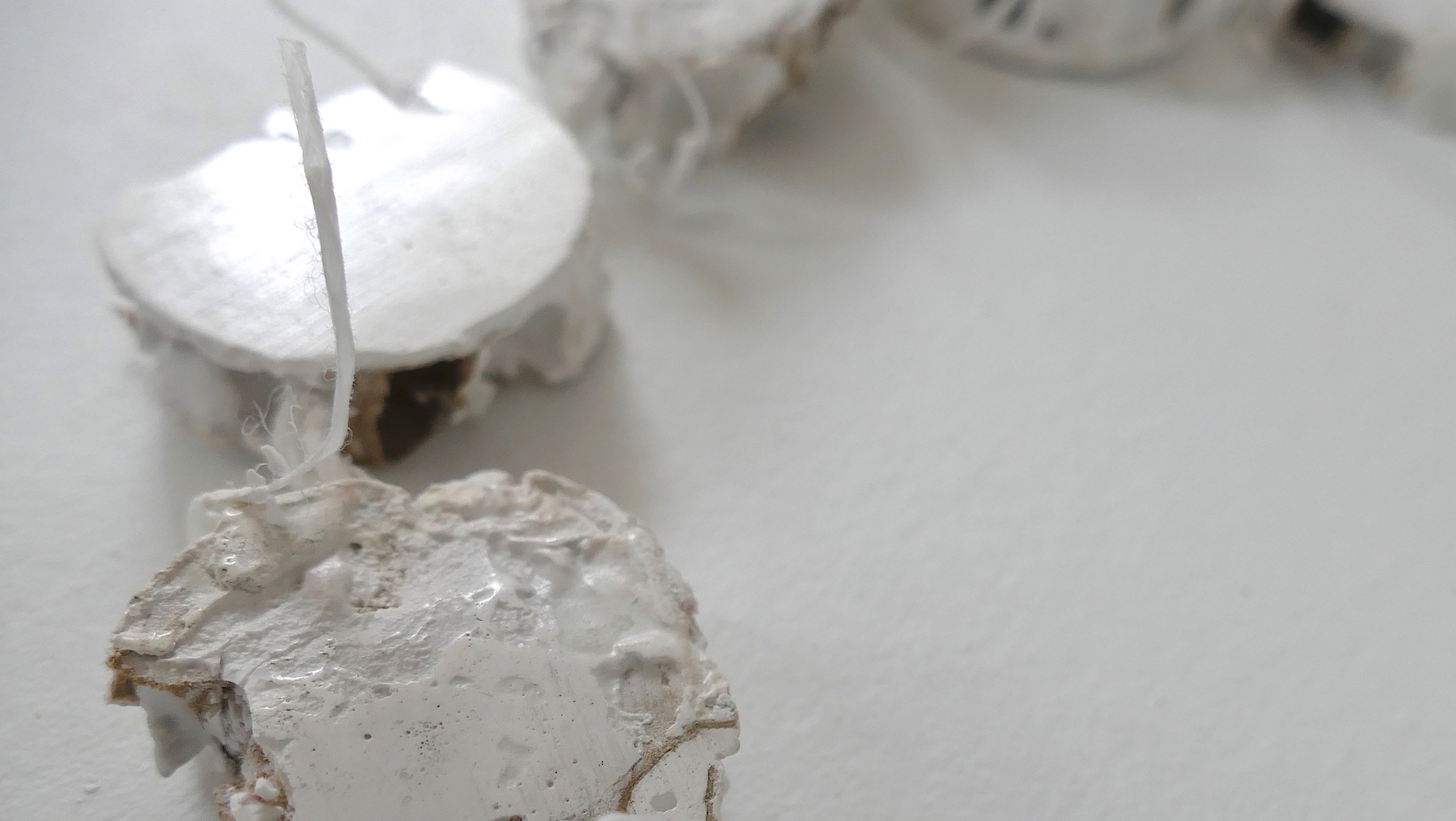 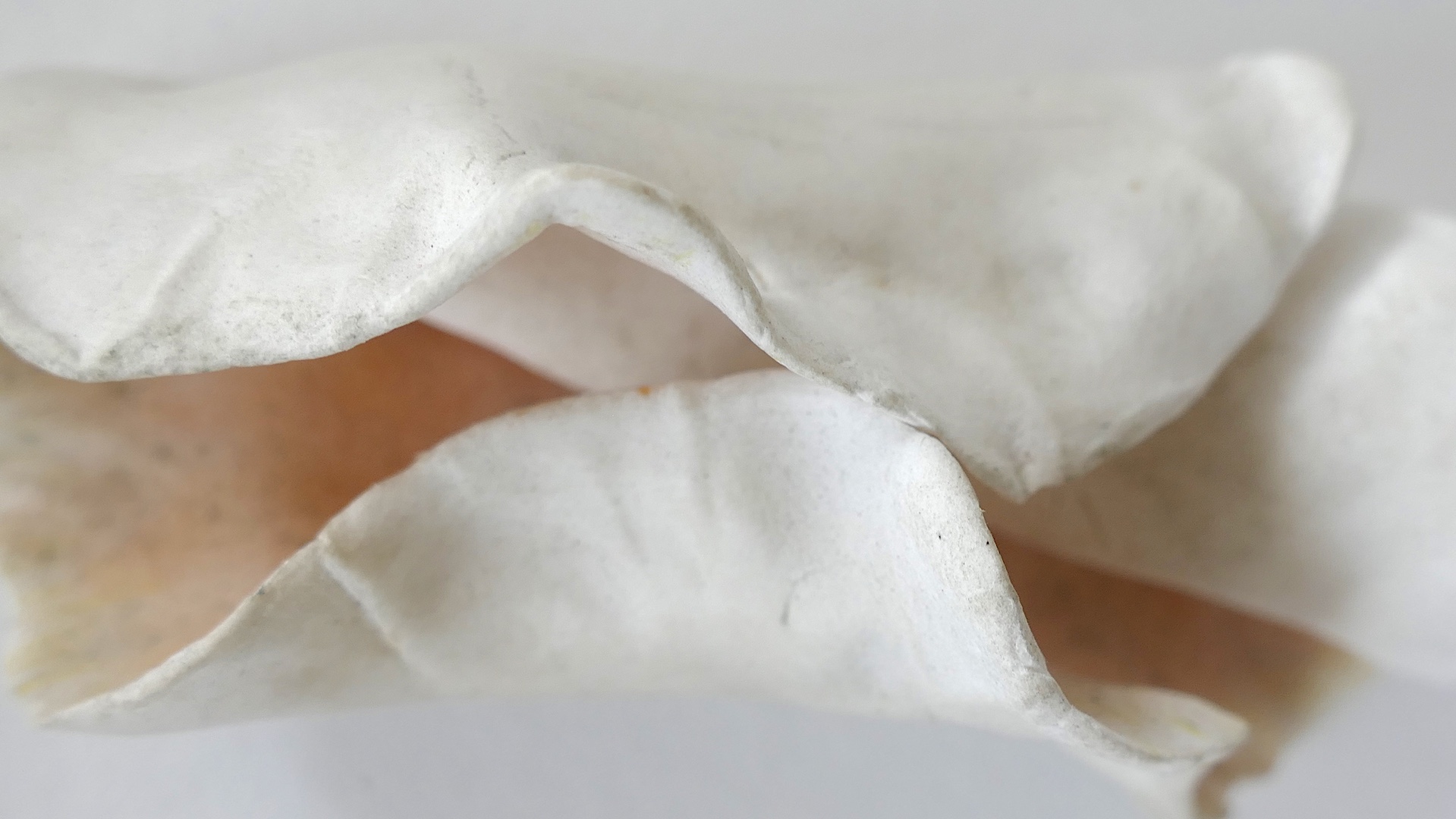 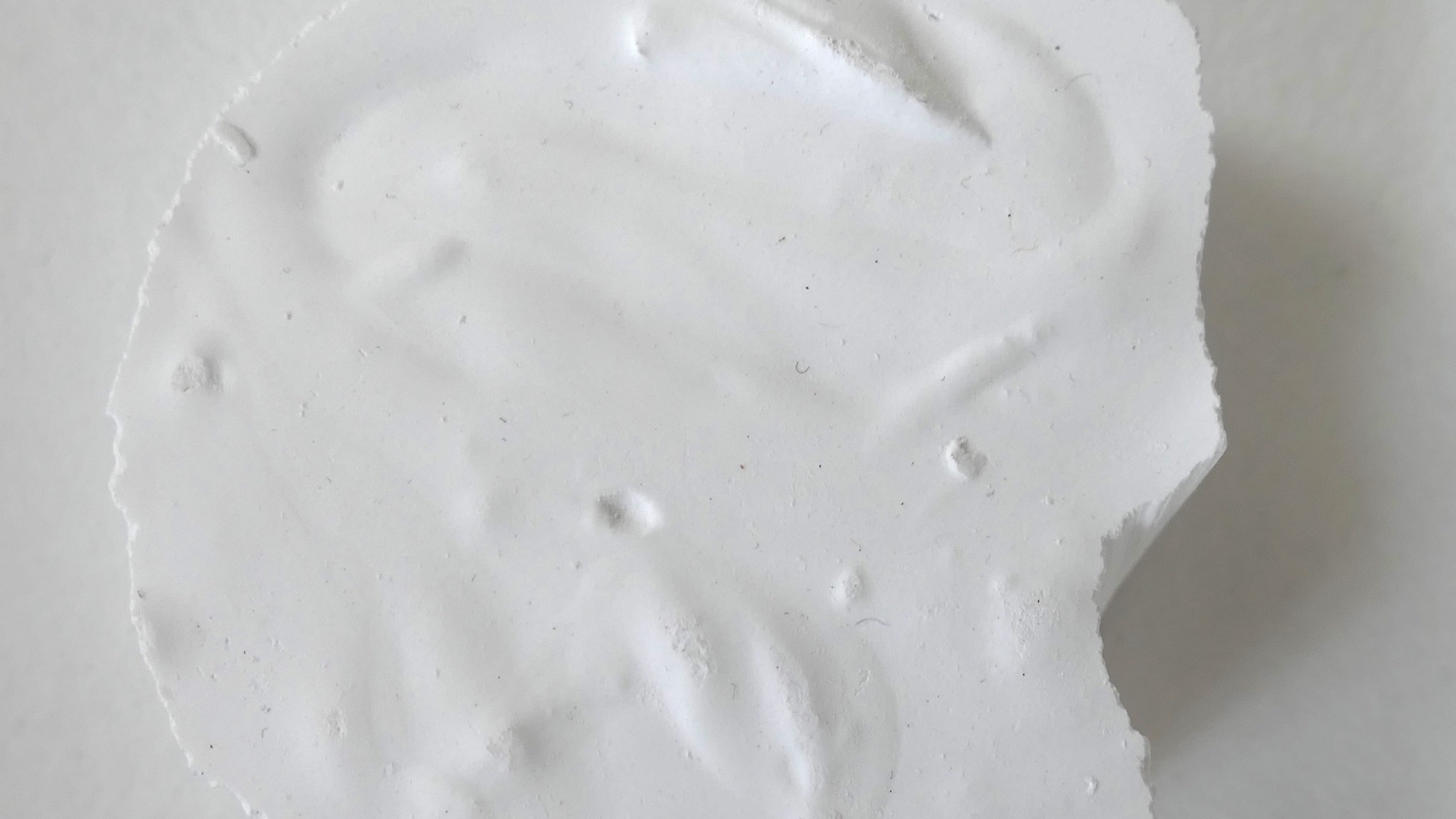 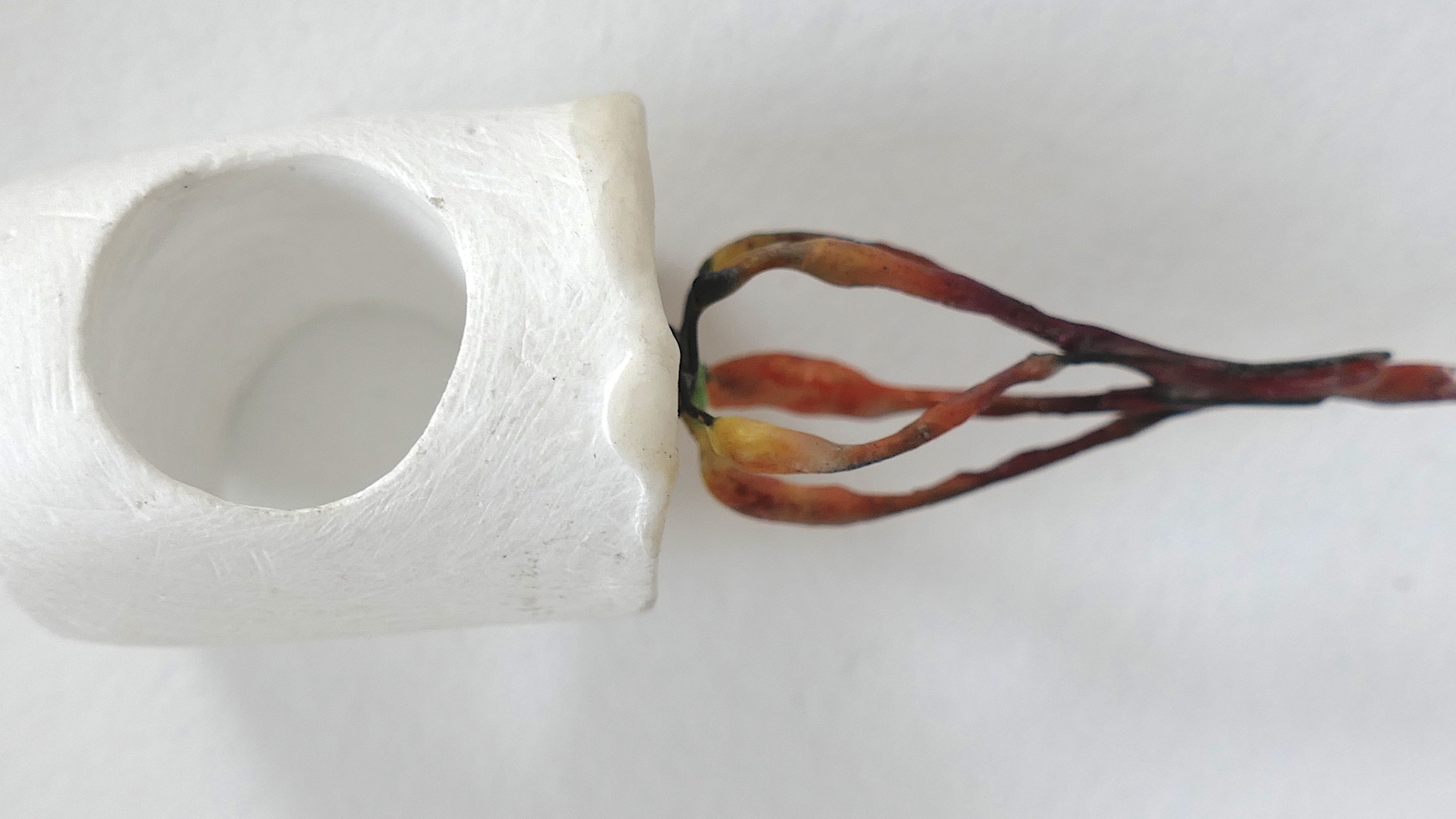 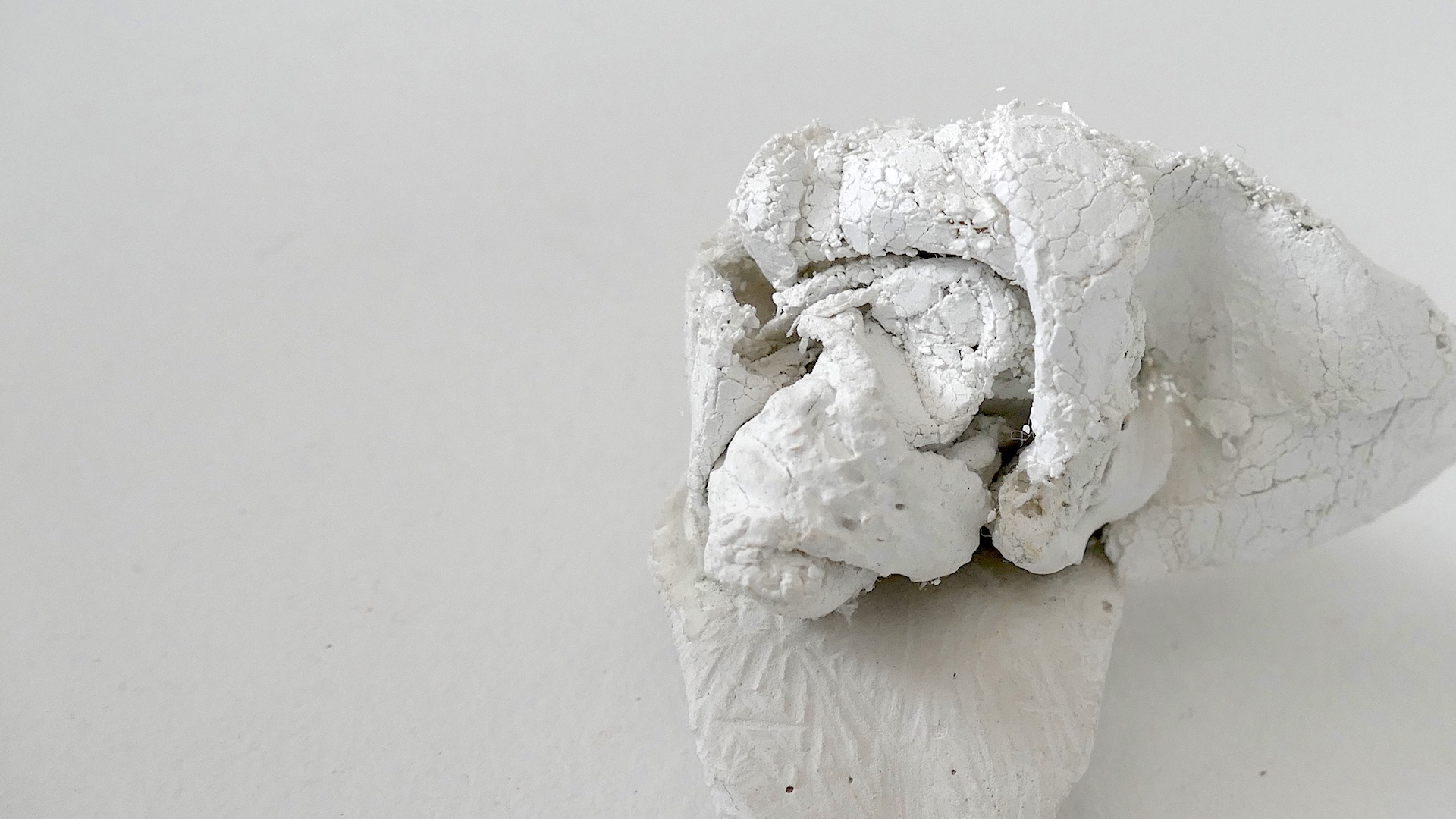 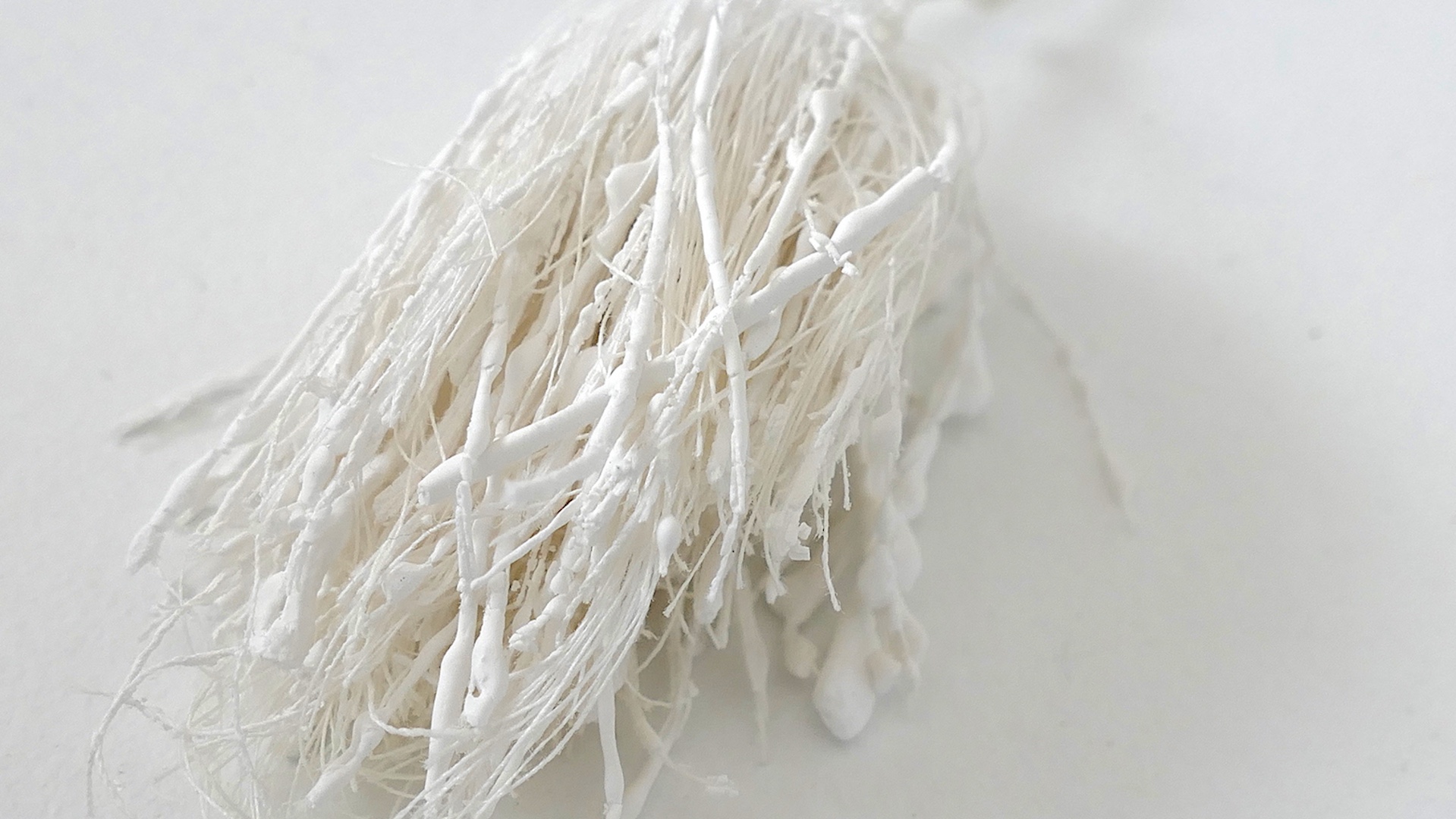 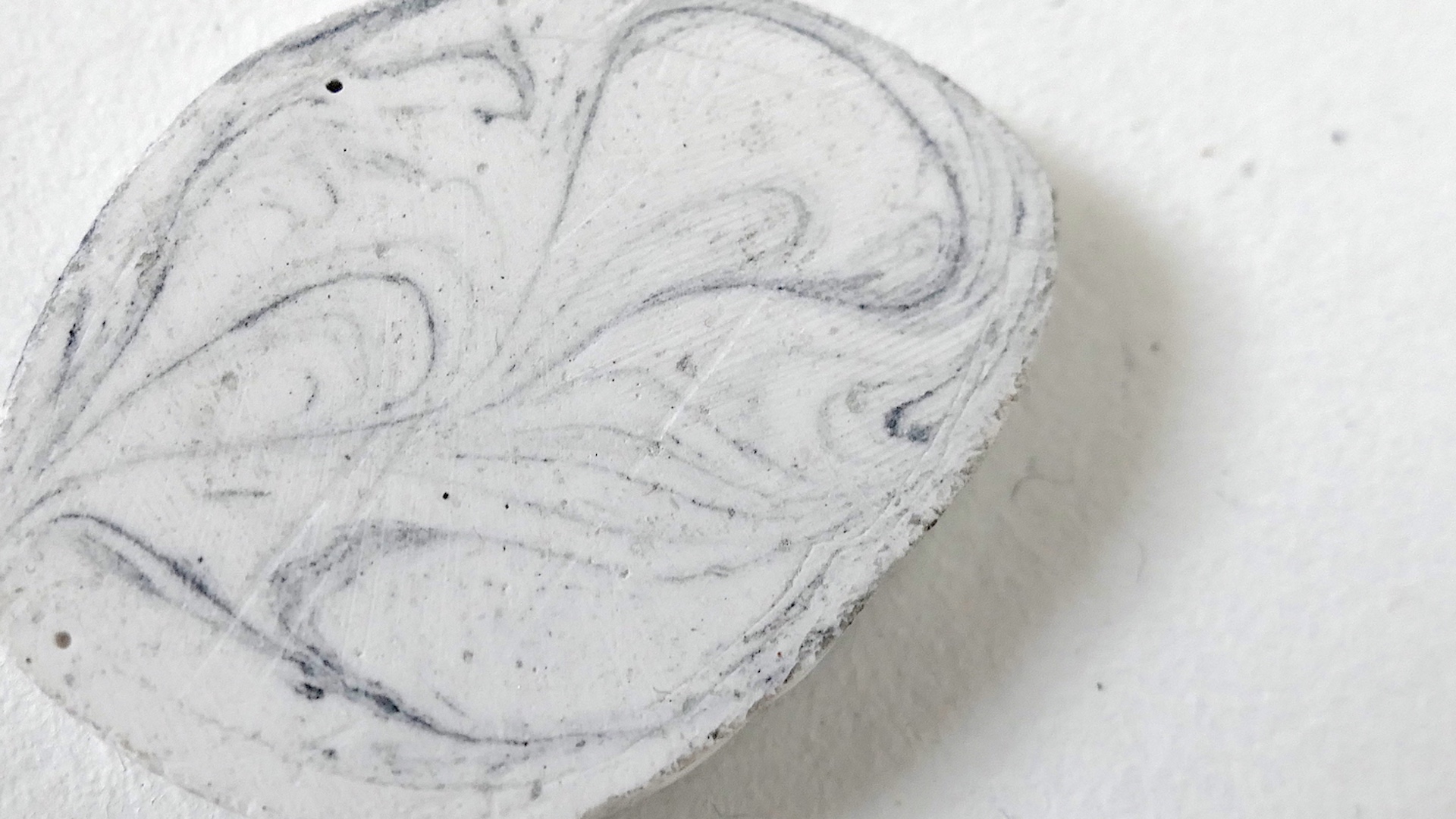 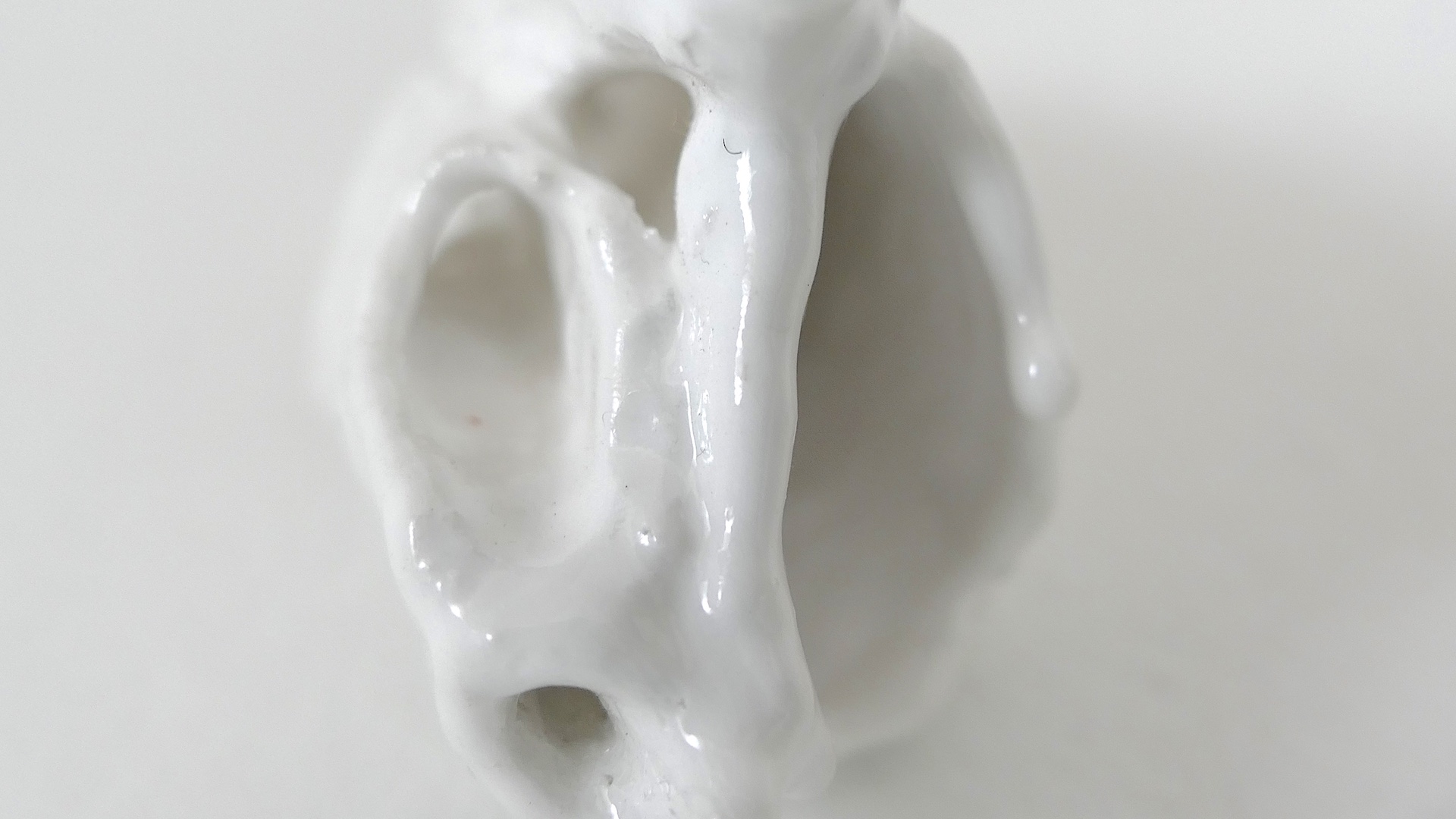 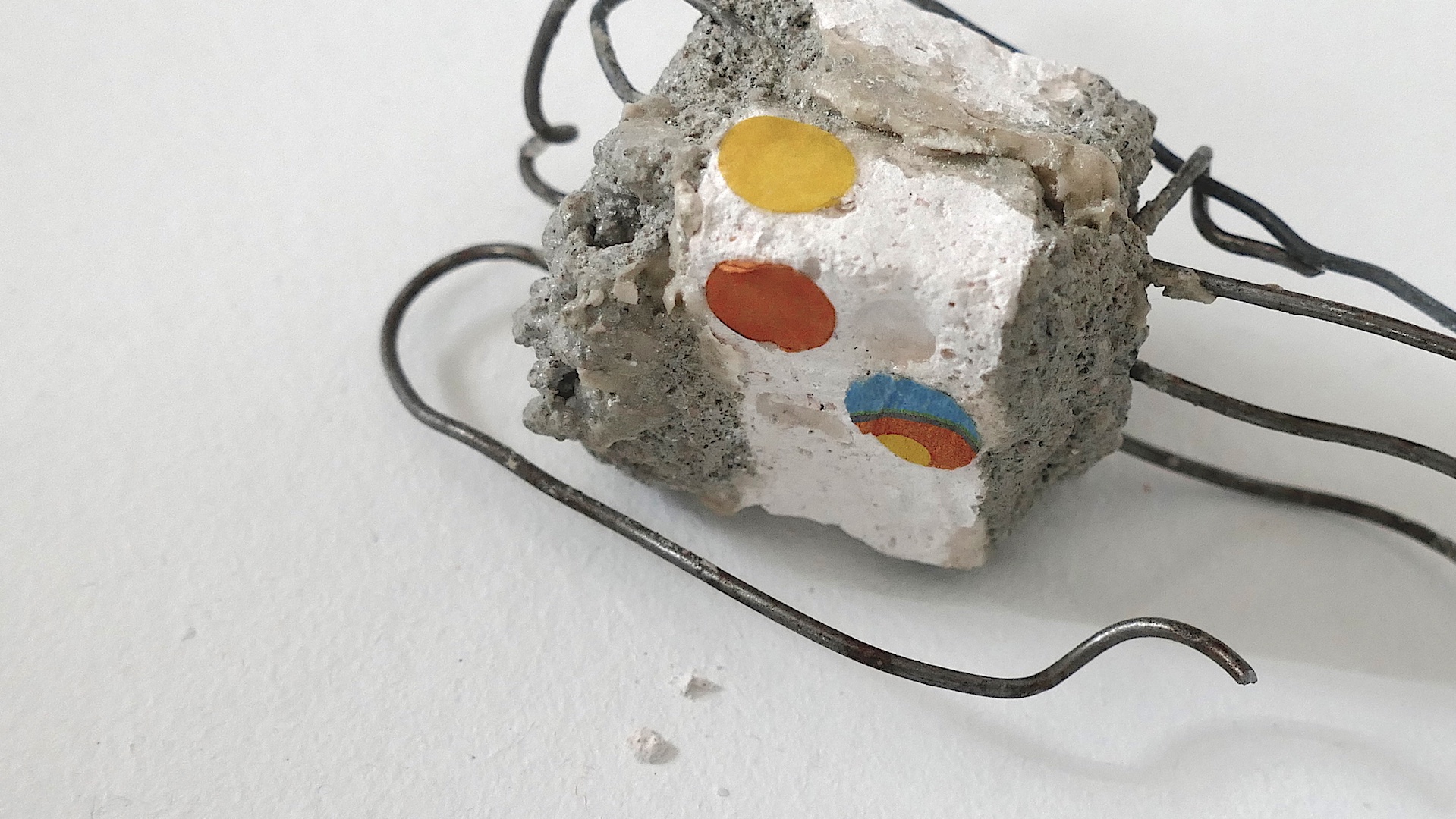