this article describes my ongoing research around the subject of straw, basically a rotten, yellowish plant left over, which is found in a great abundance in rural areas all around the world.

in art, it was employed from the 1960’s as a poor material, an indicator for a disappearing common countryside culture. the aspect of decay and especially in relation with the metaphor of destruction and war was a notion which intrigued for example the german artist anselm kiefer. he roughly applied withered plants mixed with paint on the canvas, leaving a decomposing amalgamation that looked alike furrows of a field.

once watered, the dried up, stiff fibre however gains good haptic qualities and those were made use of by many peoples for making artisanal straw objects.

in european rural crafts and folk art since the sixteenth century, the making of those pieces ranges between pastime and a real fashion and takes on various forms until today. colourful dolls are still manufactured in belarus. suspended from the ceiling, sensual and geometric interior sculptures like the himmeli, known mainly in northern europe, are part of traditional festivals to celebrate life. as well, small figurines are hung on christmas trees in order to radiate warm energy during the darker winter periods.

inspired by the straw jewellery of his country of birth, where – next to hats with various patterns – small ornaments were made with a technique called schnüerli– a fine straw braid (attached to clothes or hats), the swiss jewellery artist david bielander created in 2000 flower brooches from twisted 18k gold wire that looked like drawn by a child. bielander aims to expand the tradition of goldsmithing by playing with the relationship between memory, identity, discrepancy and creating new opportunities in a humorous way.

then, another curious fact is that the nomads of the sahara wore jewellery made from straw during the evening, in the dark, as the material then appeared like precious metal, “the gold of the poor”.

this evokes to me the conceptual approach of otto künzli’s work gold macht blind (gold makes you blind) from 1980, consisting of a golden ball inside a rubber arm bangle. this famous piece is challenging the idea of the potential shine of gold. concealed by another material, the precious metal itself is here not visible, only announced in the title. by providing only this hint to his audience, the swiss jewellery artist is mocking its uniqueness and our beliefs around material perception.

to experience more about the traditions of fibres and their treatments, i visited the famous basket weaving market in lichtenfels (upper franconia, germany) in 2014, contemplated artefacts at flea markets and museums (discovered, for example, the french craft of straw marquetry, a technique which originated in europe in the seventeenth century, where inlays of rye fibres are fixed on wooden items – such as boxes or furniture).

i also followed practical workshops to get familiar with some of the common know- hows: in 2013, “straw braiding, an ancient technique” with specialised artisan diny gerding (nationaal vlechtmuseum noordwolde, the netherlands) and in 2018, “stroh zu gold spinnen” with monika schmied, a trained tailor and work schoolteacher; she has been pursuing her passion of straw weaving and horsehair bobbin lace making for over 30 years, presenting her craft at demonstrations, courses, lectures and markets at home and abroad (kurszentrum ballenberg, hofstetten, switzerland).

meeting people from specialised backgrounds, to study processes and handle materials and related tools was very exciting. learning the techniques basically meant imitating the proposed existing ones. when i arrived back home and perceived the try outs that have been detracted from their original cultural background, i felt, however, that these ornaments and the learned craft were somehow unloaded from their meaning. finding an appropriate way of handling this exciting material, which was more related to my personal approach, was more difficult than i thought and i put my endeavour on hold again for more than one time.

my fascination for the contradictory character of this peculiar material is, however, persisting.

“i remember the view of plentiful sticks that stand straight and stretch out for sun, wind and sound. a sound of movement, creating a tension between order and disorder, a waking up, life. its natural yellow colour can quickly be grasped, within the lot and every single element. the play with light and shadow, the straw’s colour reminding of gold- becoming a possible substitute for gold- stands against its withering, a materiality that, when left neglected, most likely appears as too perishable, awkward and insignificant. does this influence my making, do i let the material intuitively fall into shape or do i choose my aesthetic preferences? i try to imagine a kind of form, which might represent at the same time the open furrows and golden flowers… an object, which belongs to the dawn as well as to the warm light.”

the accompanying photographs show a selection of examples of my collection of bought, found or self- made straw samples (2004- today). 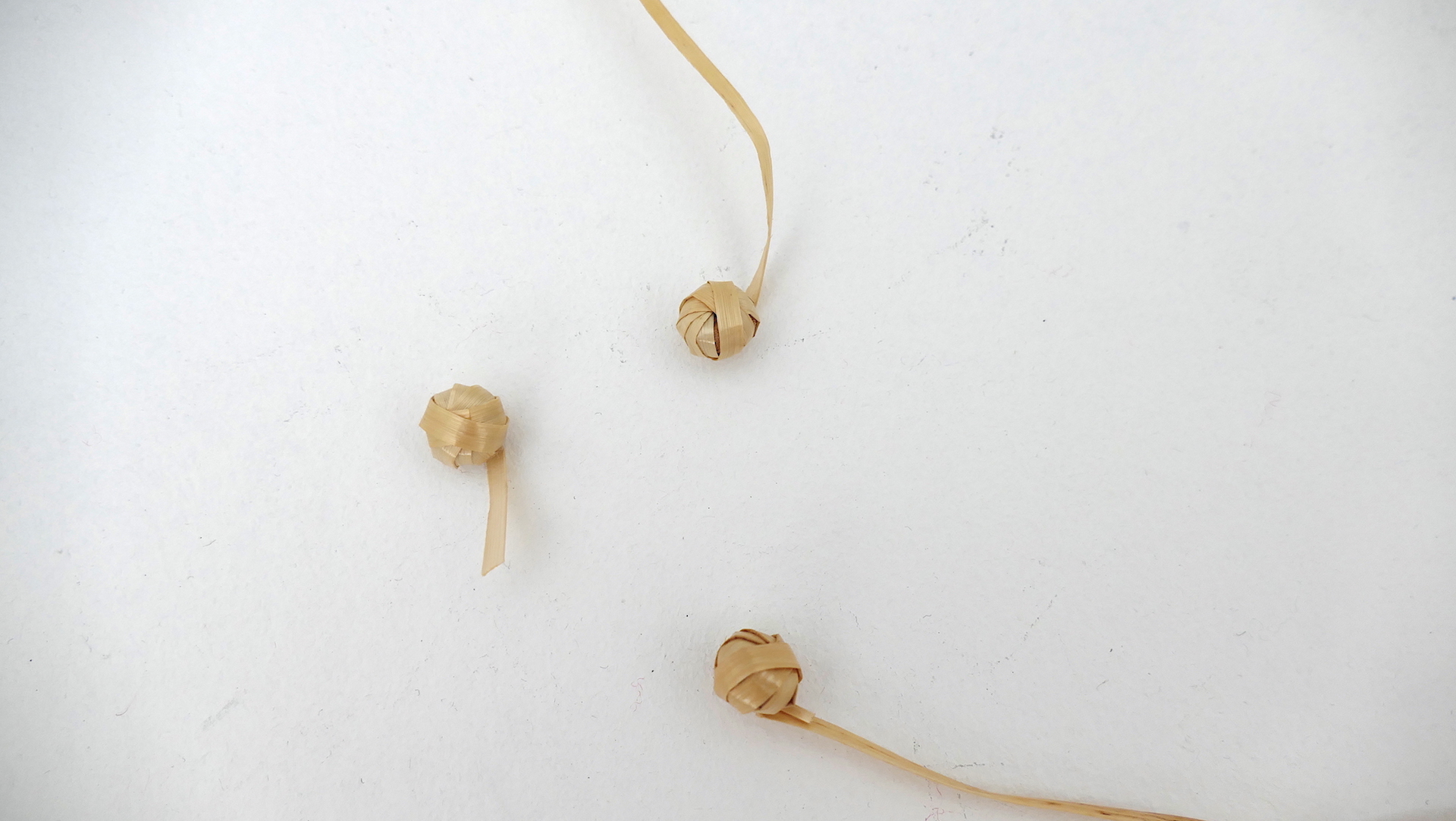 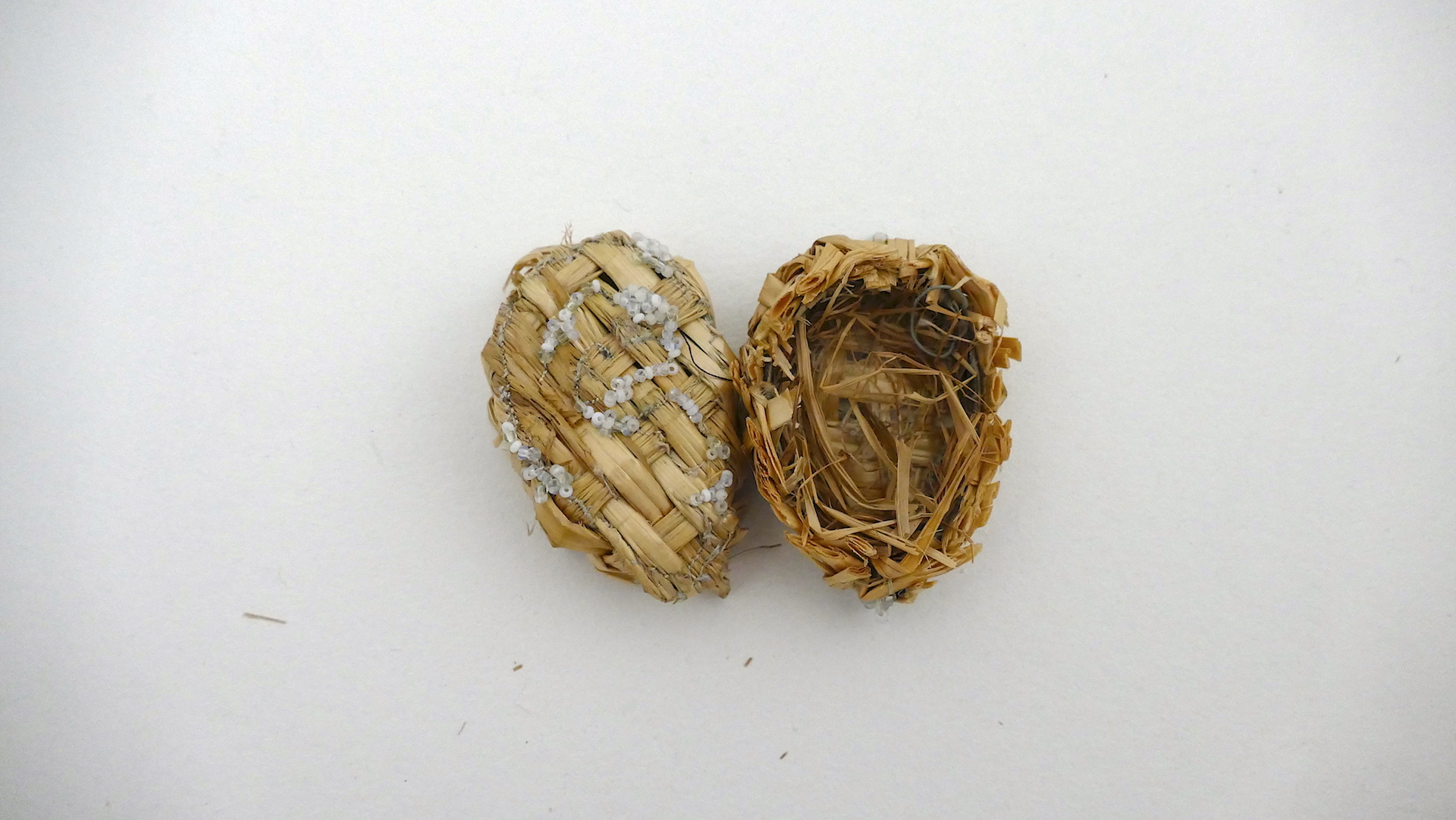 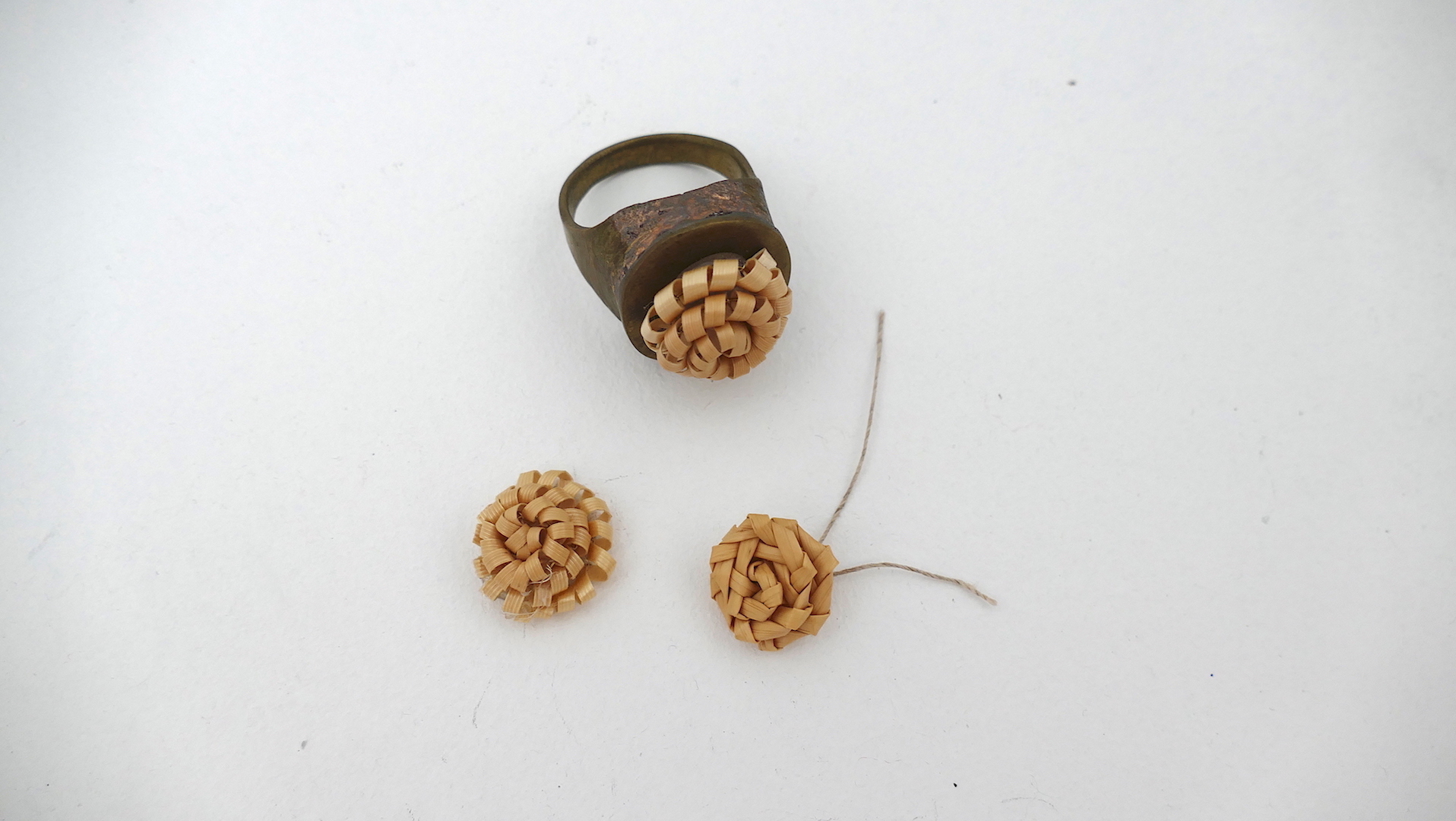 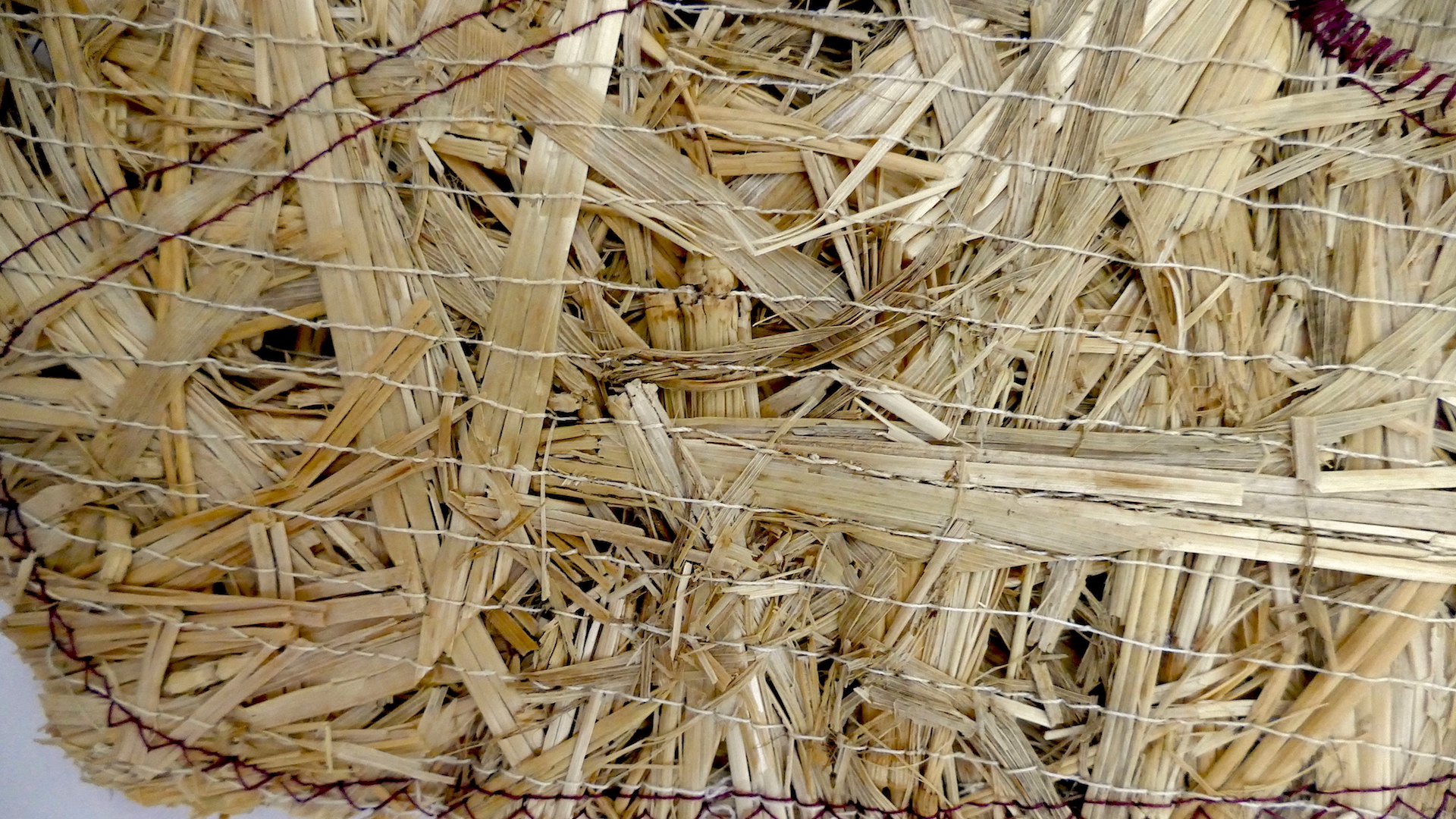 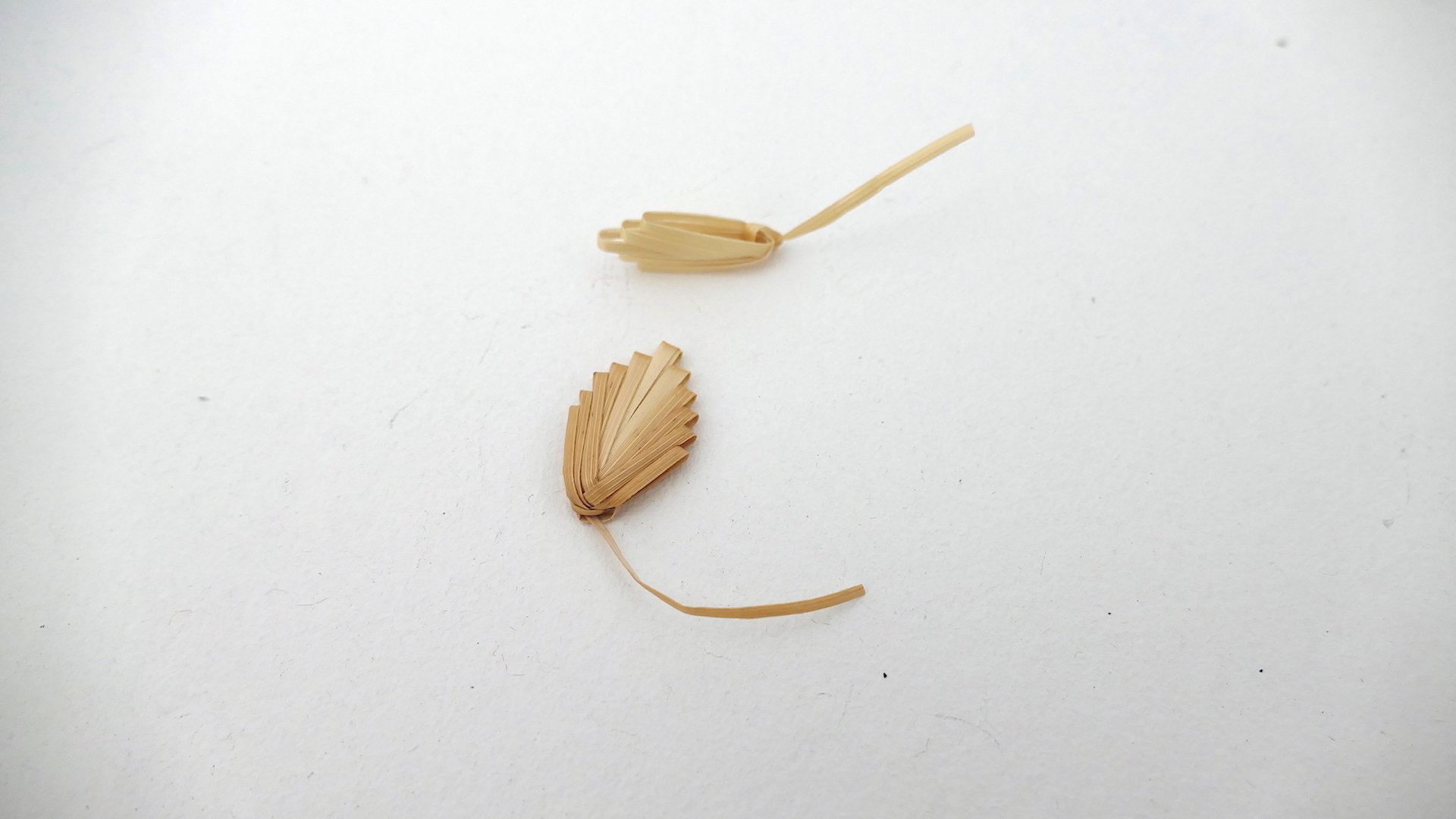 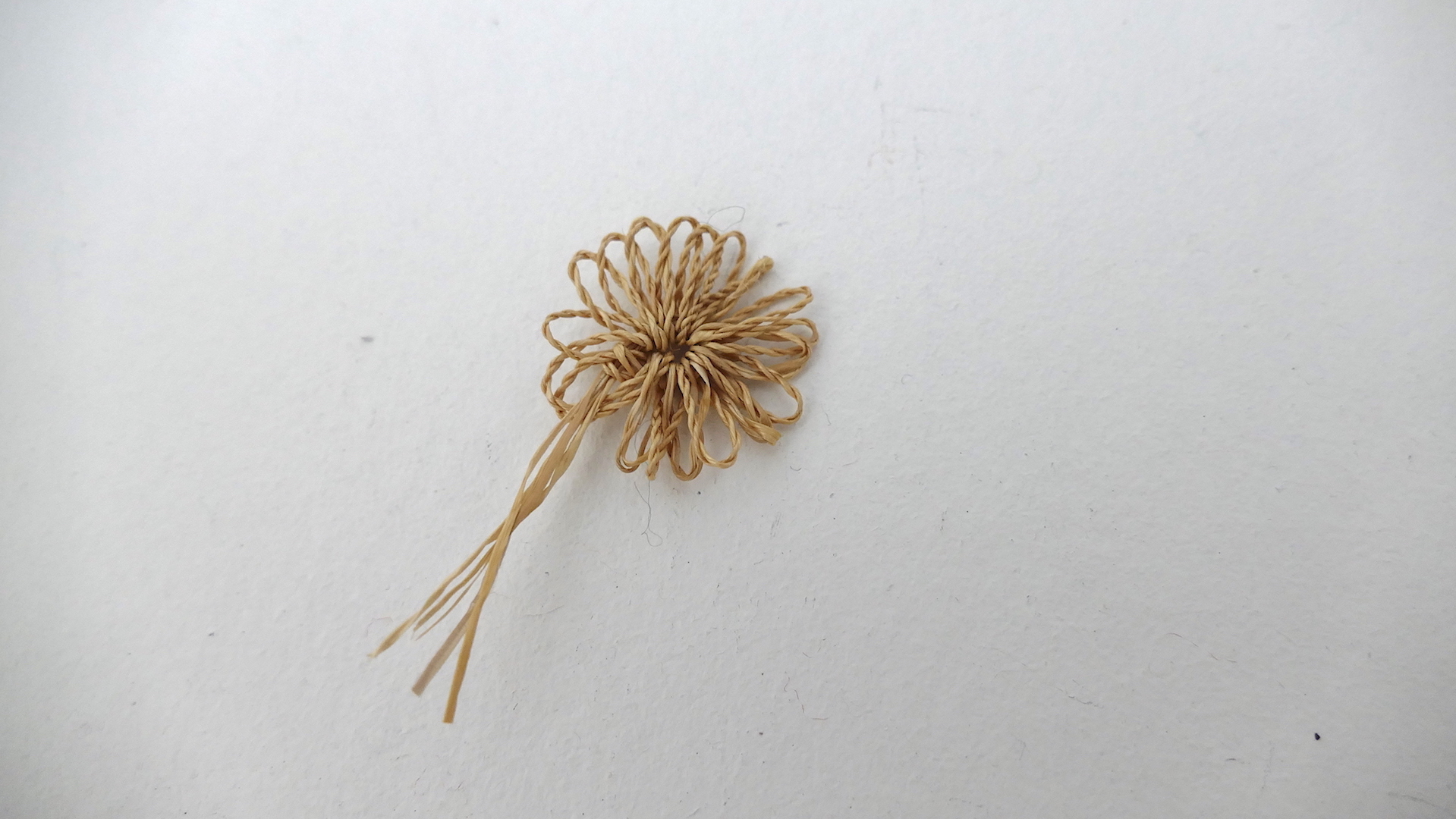 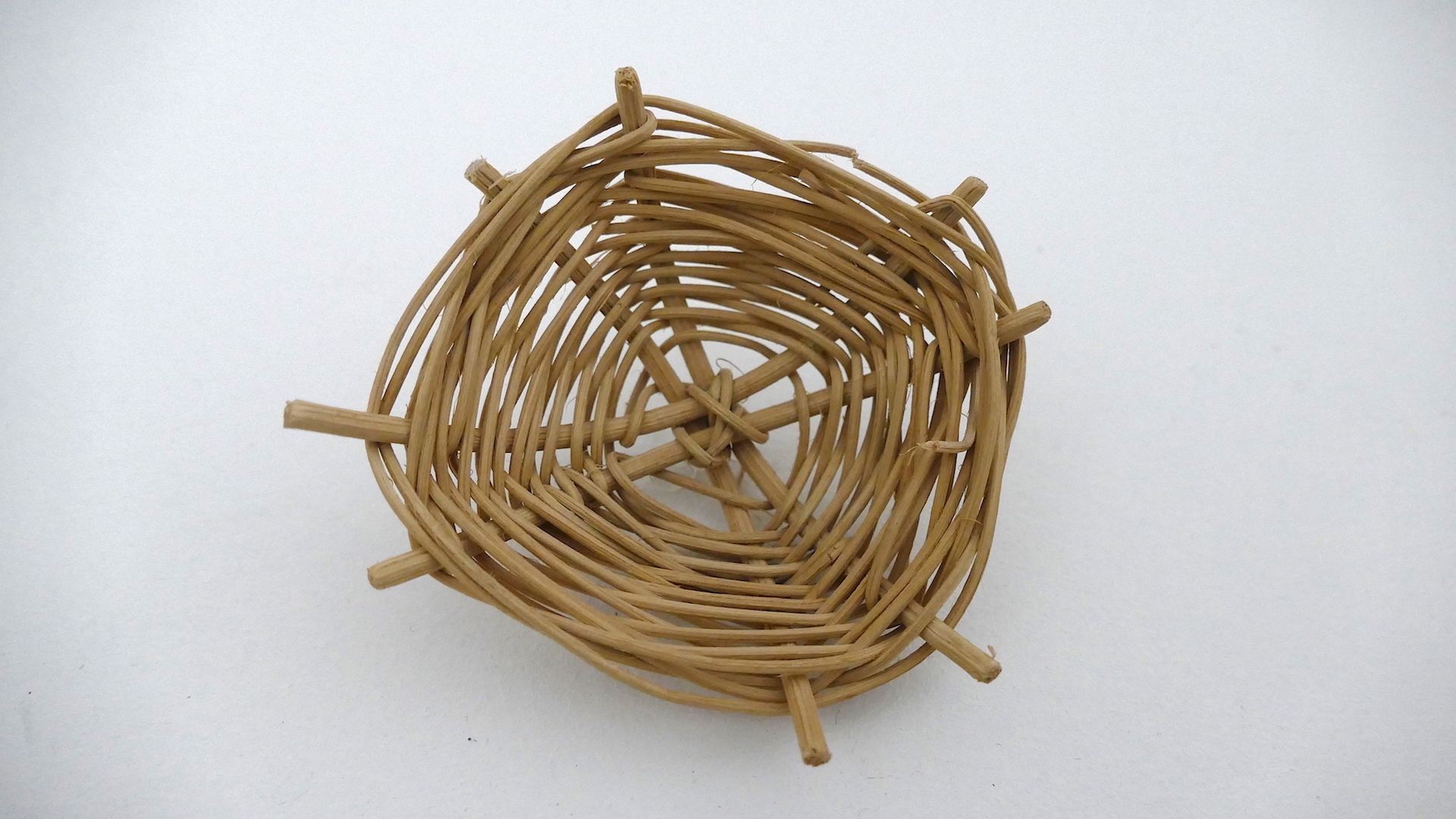 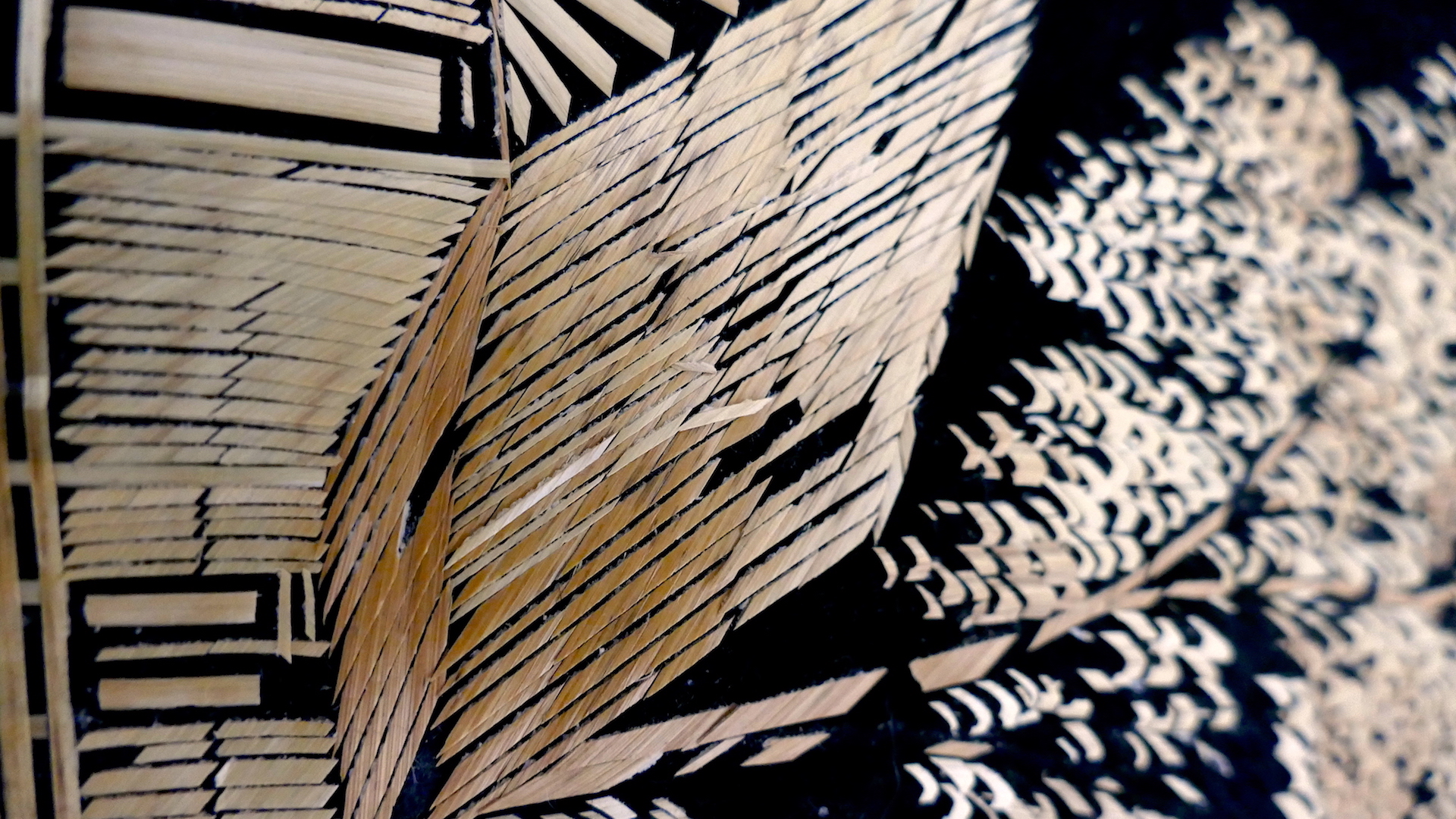 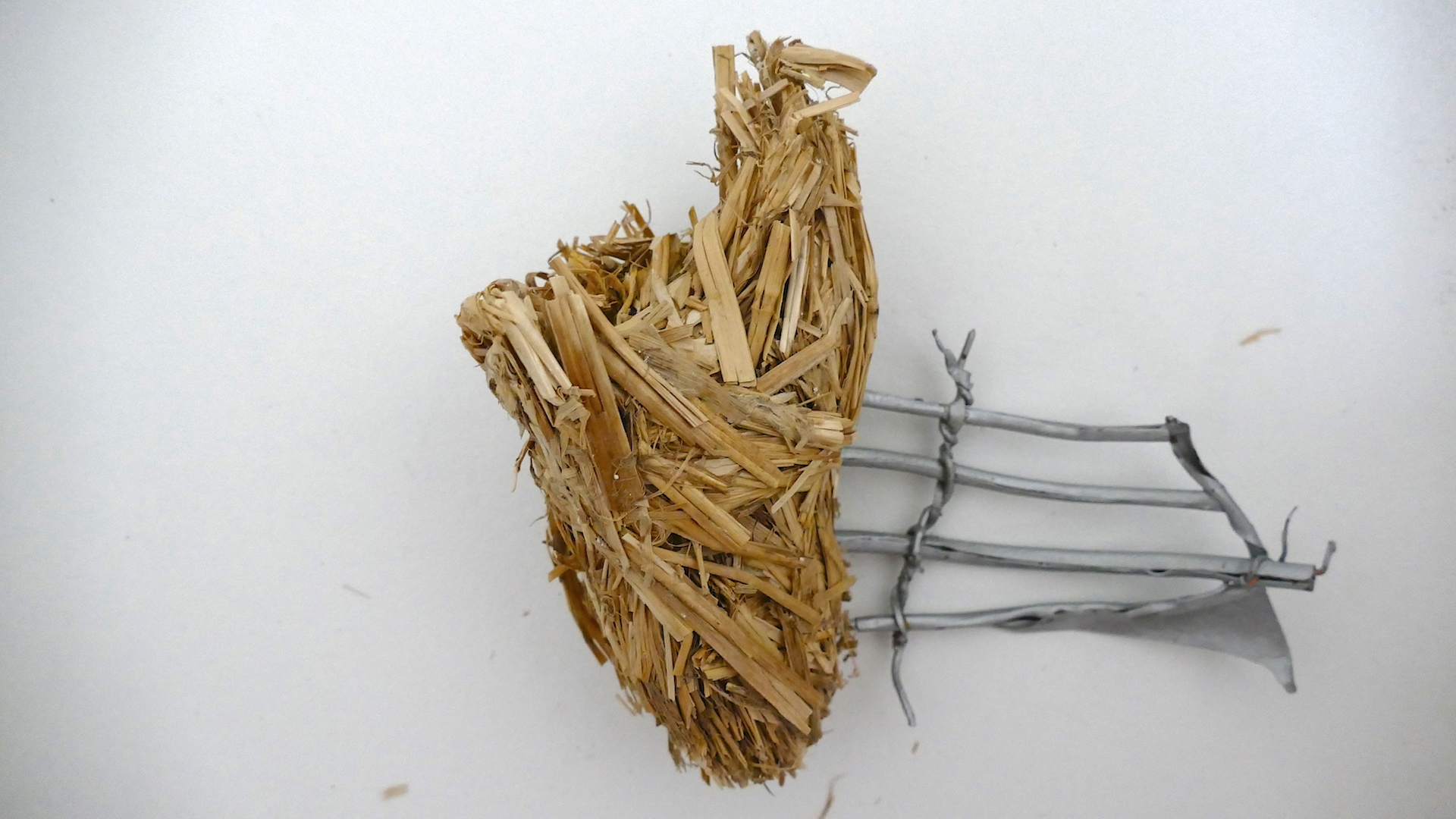 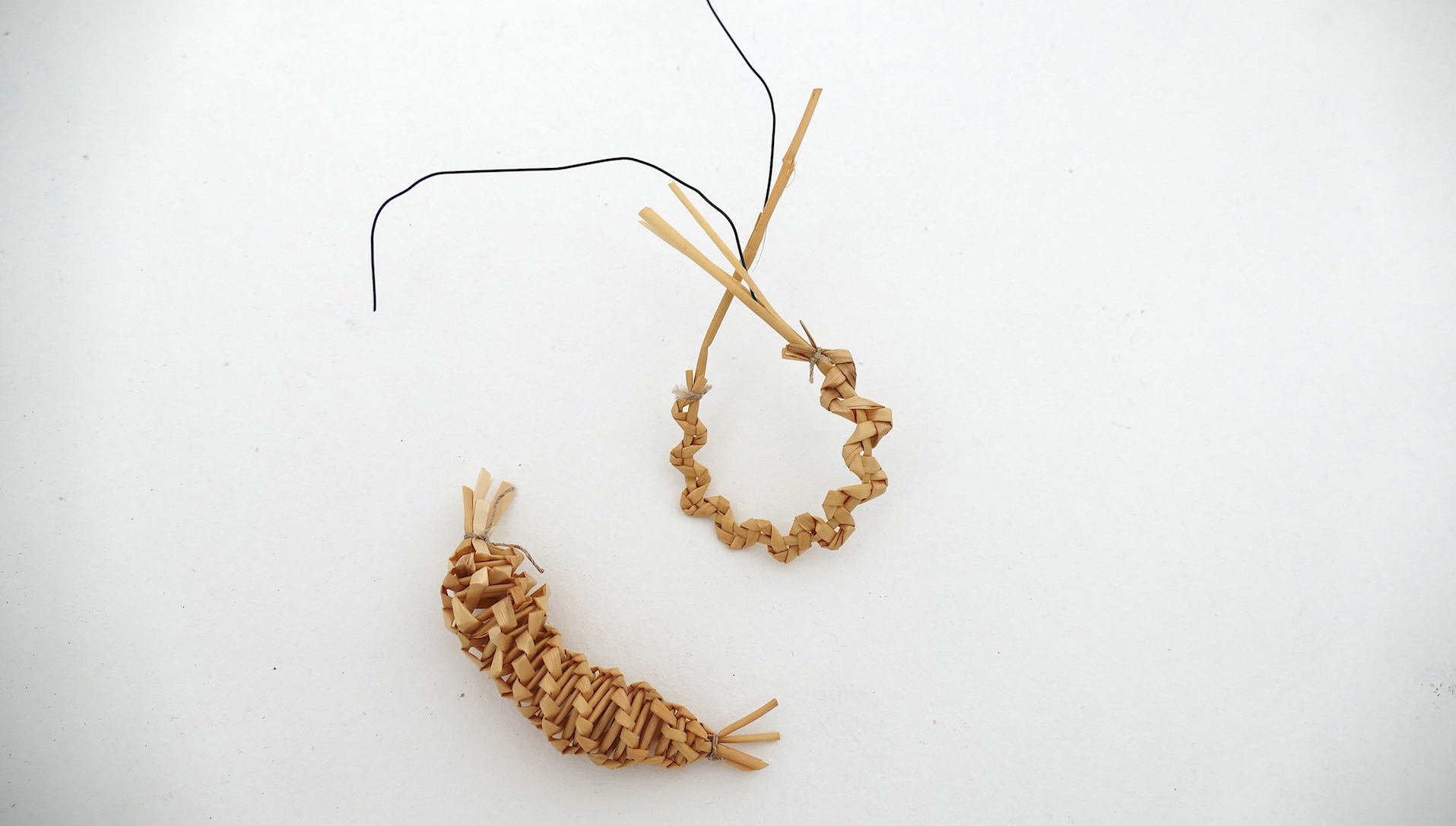 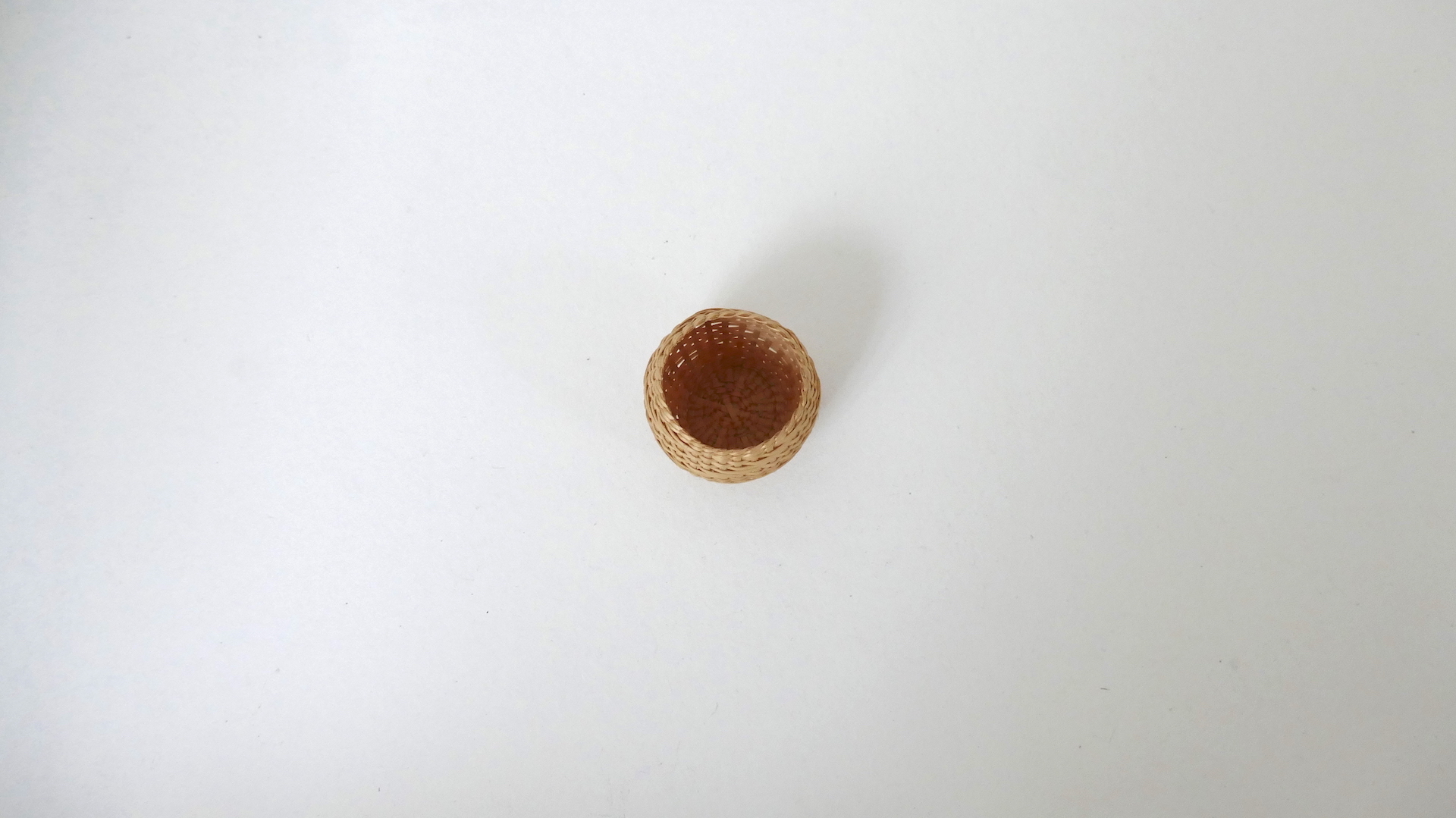 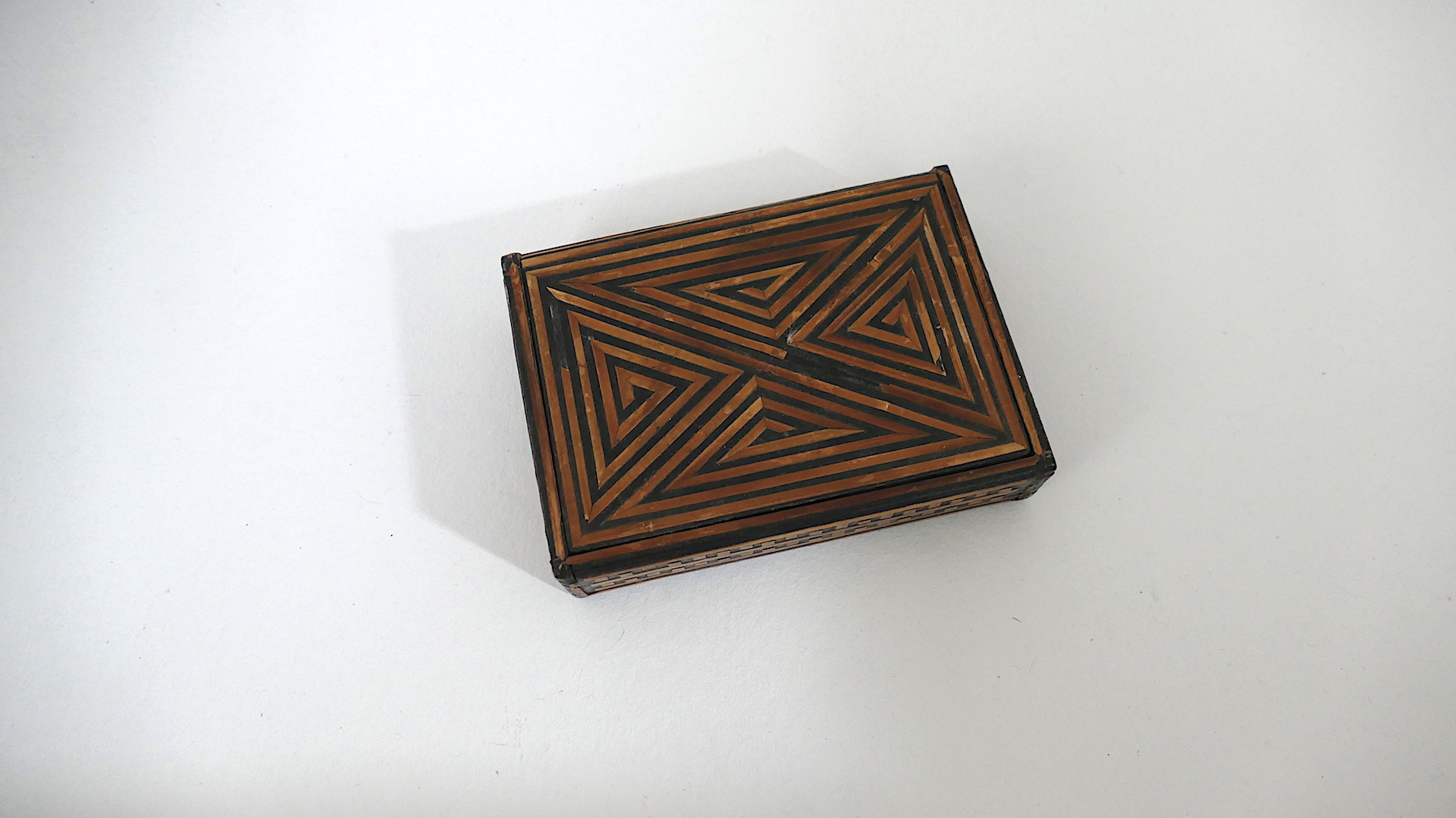 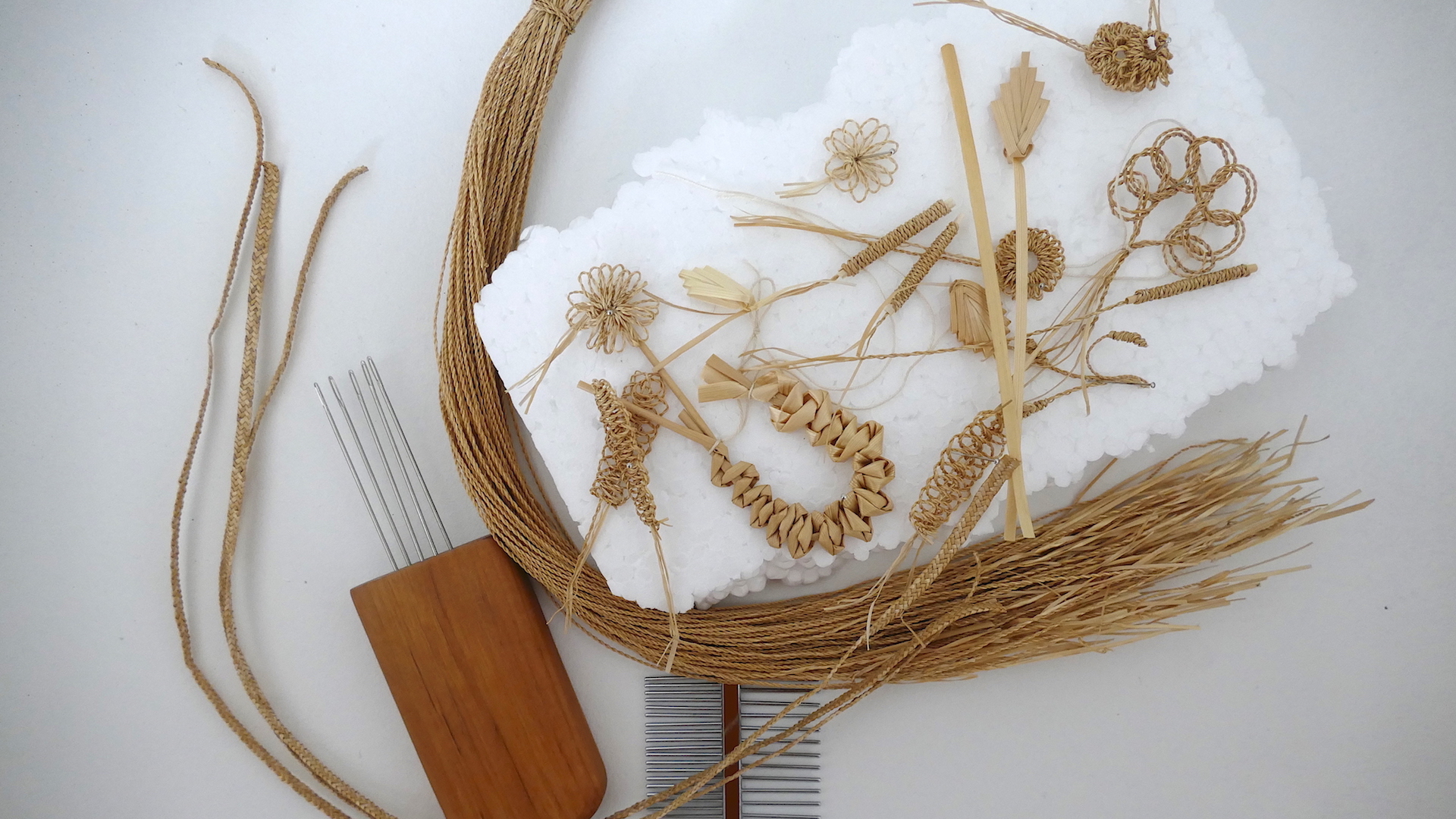