casting as a manufacturing process is one of the primary moulding processes and is probably even the oldest moulding process. developed during prehistorical cultures, different types of casting have been known for thousands of years.

sand casting is one of the most popular and simplest types of casting. it can be used for most metals to be cast, depending on the type of sand used for the moulds. the sand can as well be reused after little maintenance.

the liquid metal is poured into a prepared mould. the cavity, into which the metal solidifies, has the desired shape.

the project “mini-cubilot” or “cubilino” (a secondary melting furnace for cast iron) is an initiative launched by the artist misch feinen. the small furnace was designed and built together with the former head of cast iron production at belval, esch guy bock in the “atelier d” in dudelange, together with members of the dkollektiv. it was tested and proven in the foundry massard in kayl (www.fonderiemassard.lu), a small enterprise in the south of luxembourg, which is still specialised in the execution of this technique. Like this, a group of people with different backgrounds grew together without any hierarchy and through a lot of commitment and constructive interaction.

during the action “neiegoss”, organised during the “fête des hauts-fourneaux” in esch-belval, luxembourg (first edition: 1st and 2nd of july 2017/ re-edited the 28th of october and the 7th and 8th of july 2018), the small furnace was made operational and people could observe the whole process.

as i was already familiar with the process of melting and casting precious metals, i could bring in my skills for the making of the moulds. the reproduction of the same forms and the question of their uniqueness, as well as the big procedural challenges and the role of the individual worker within the group were interested topics to reflect upon. 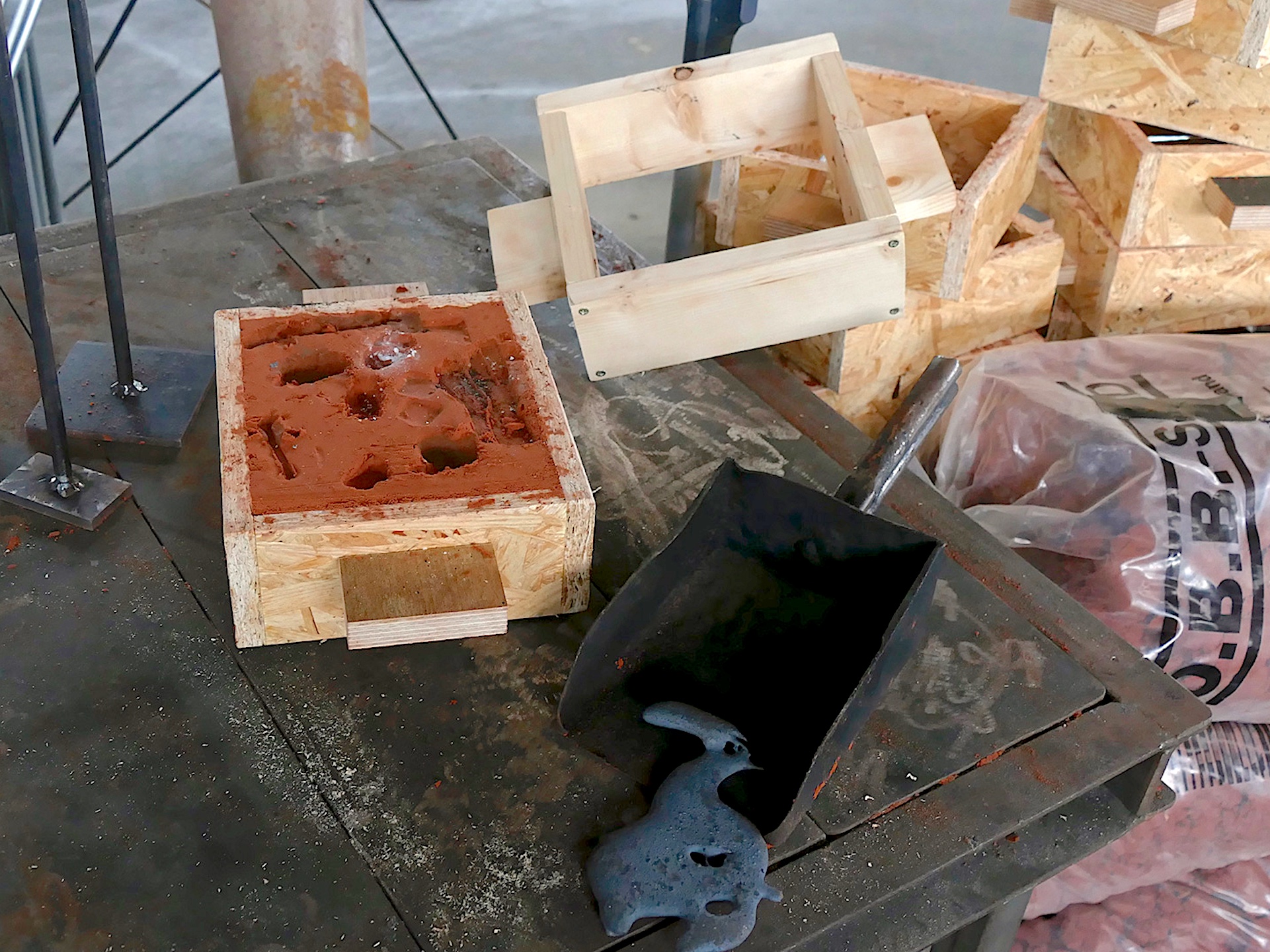 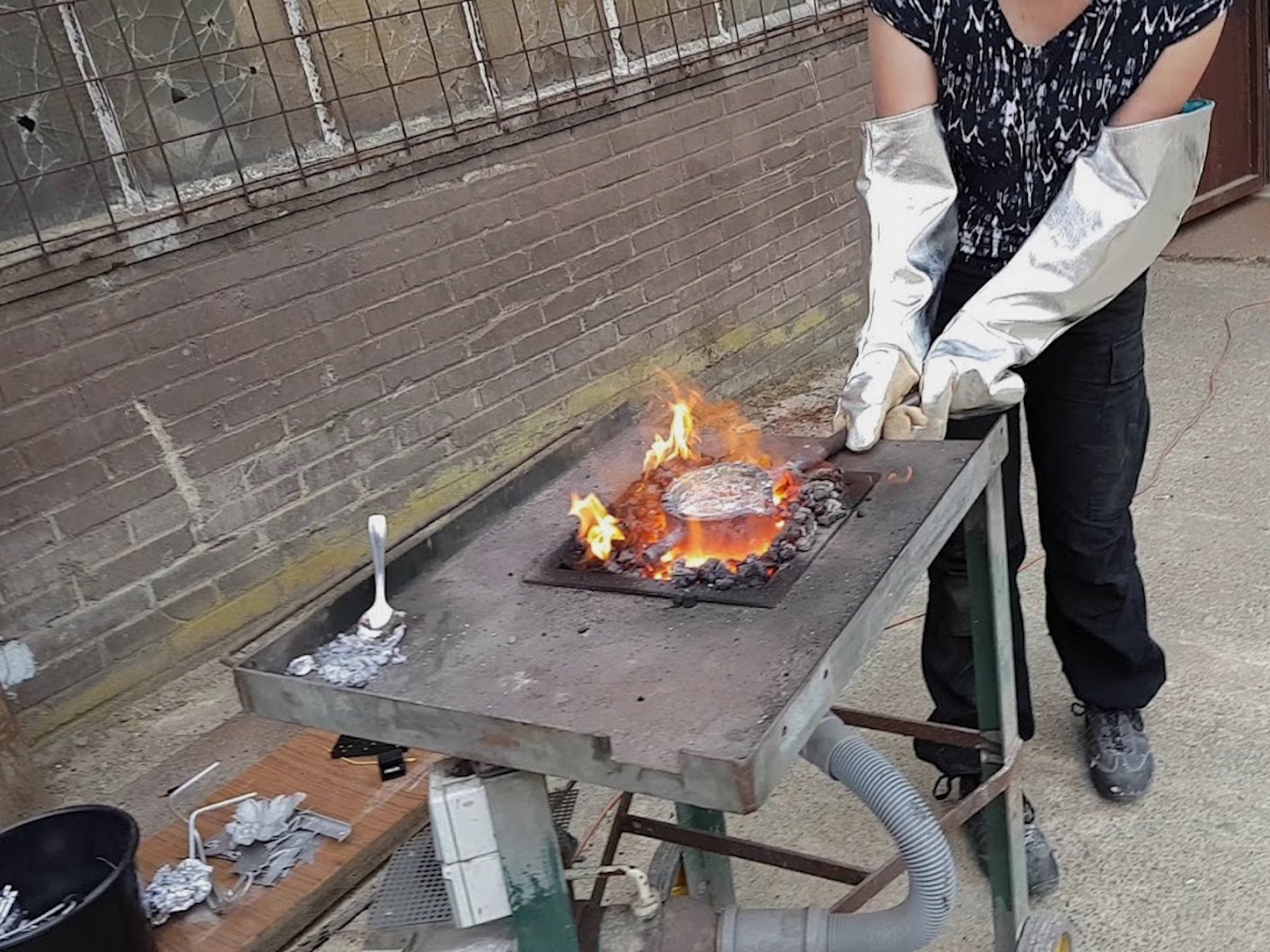 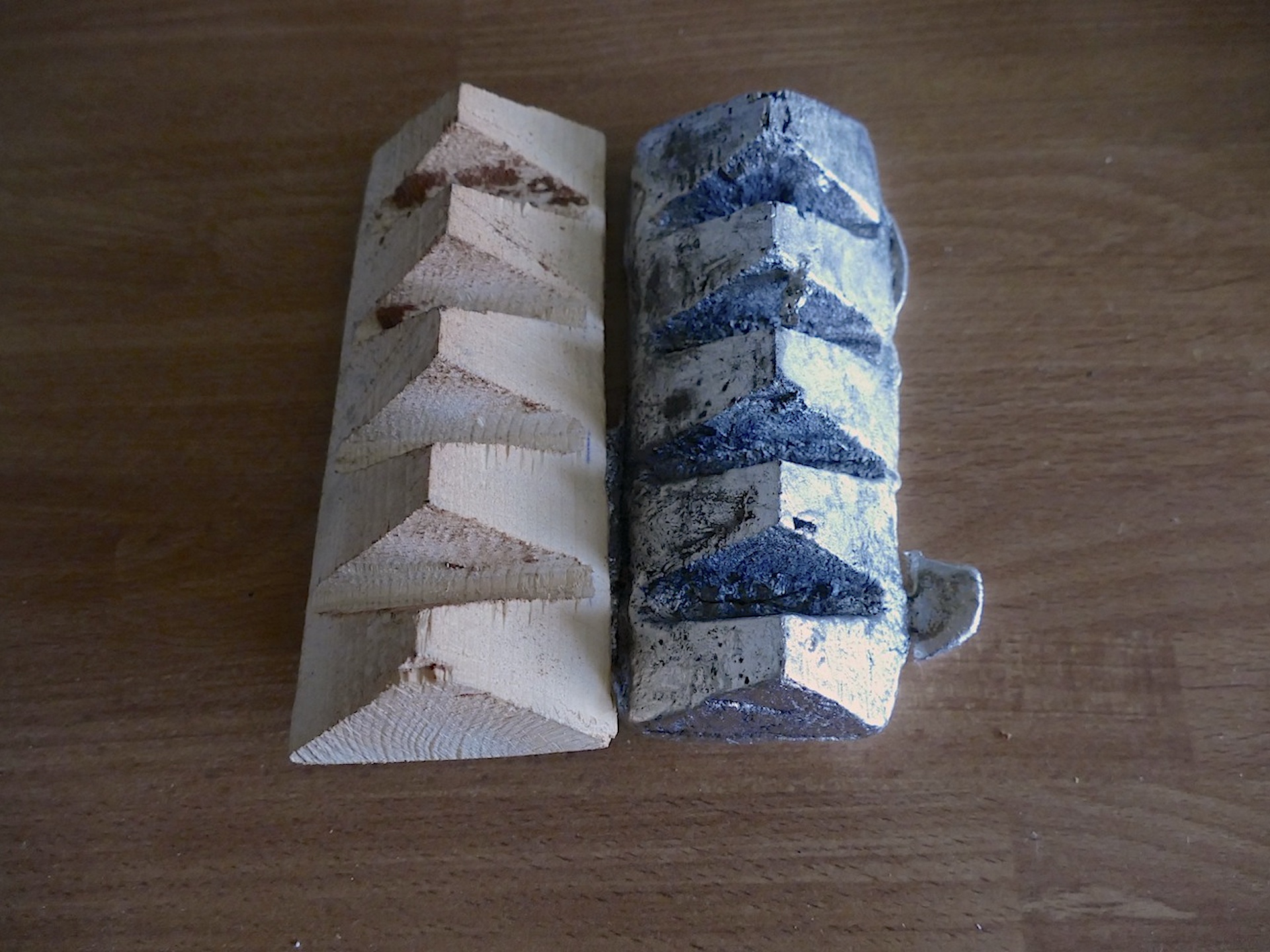 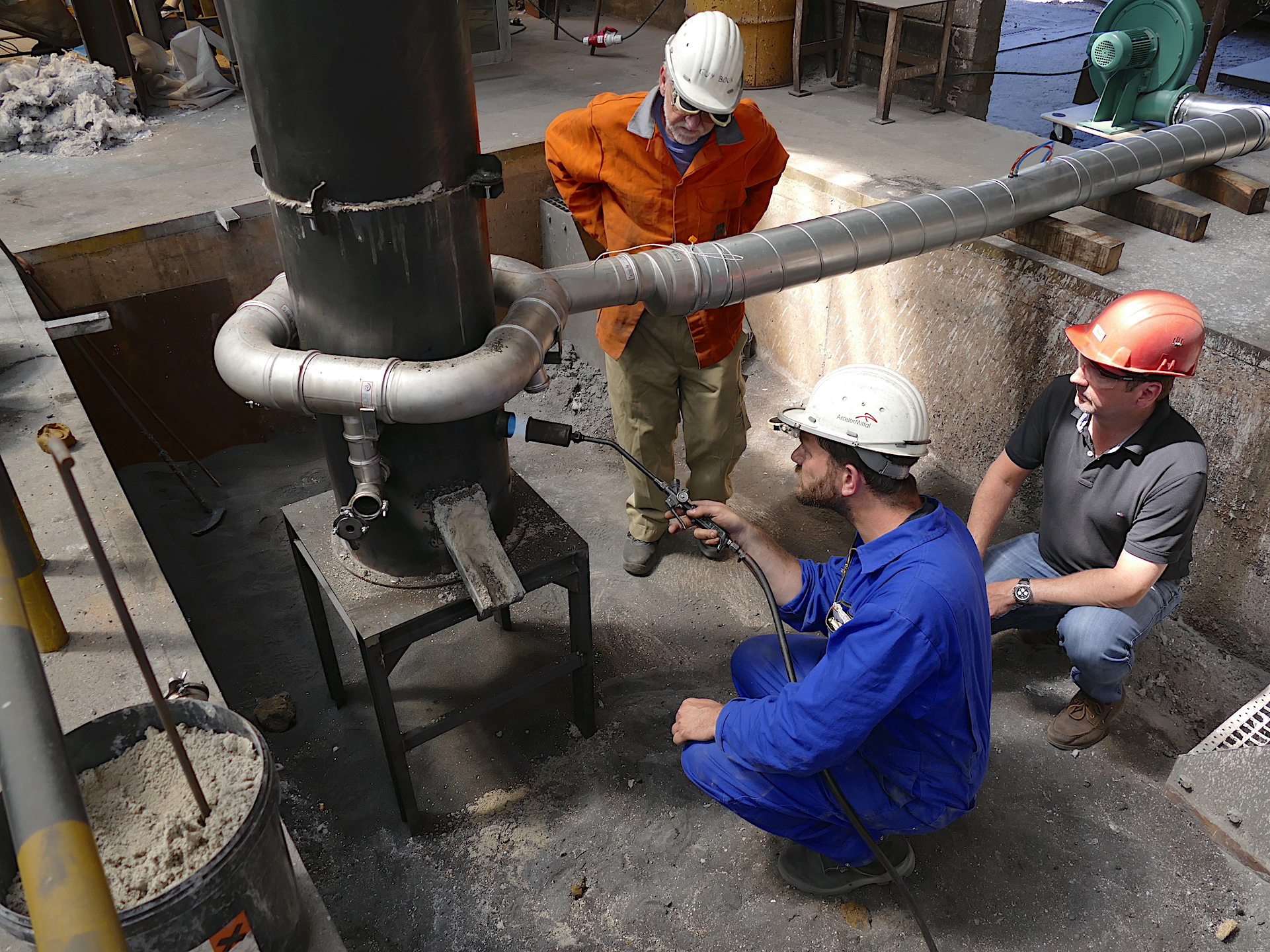 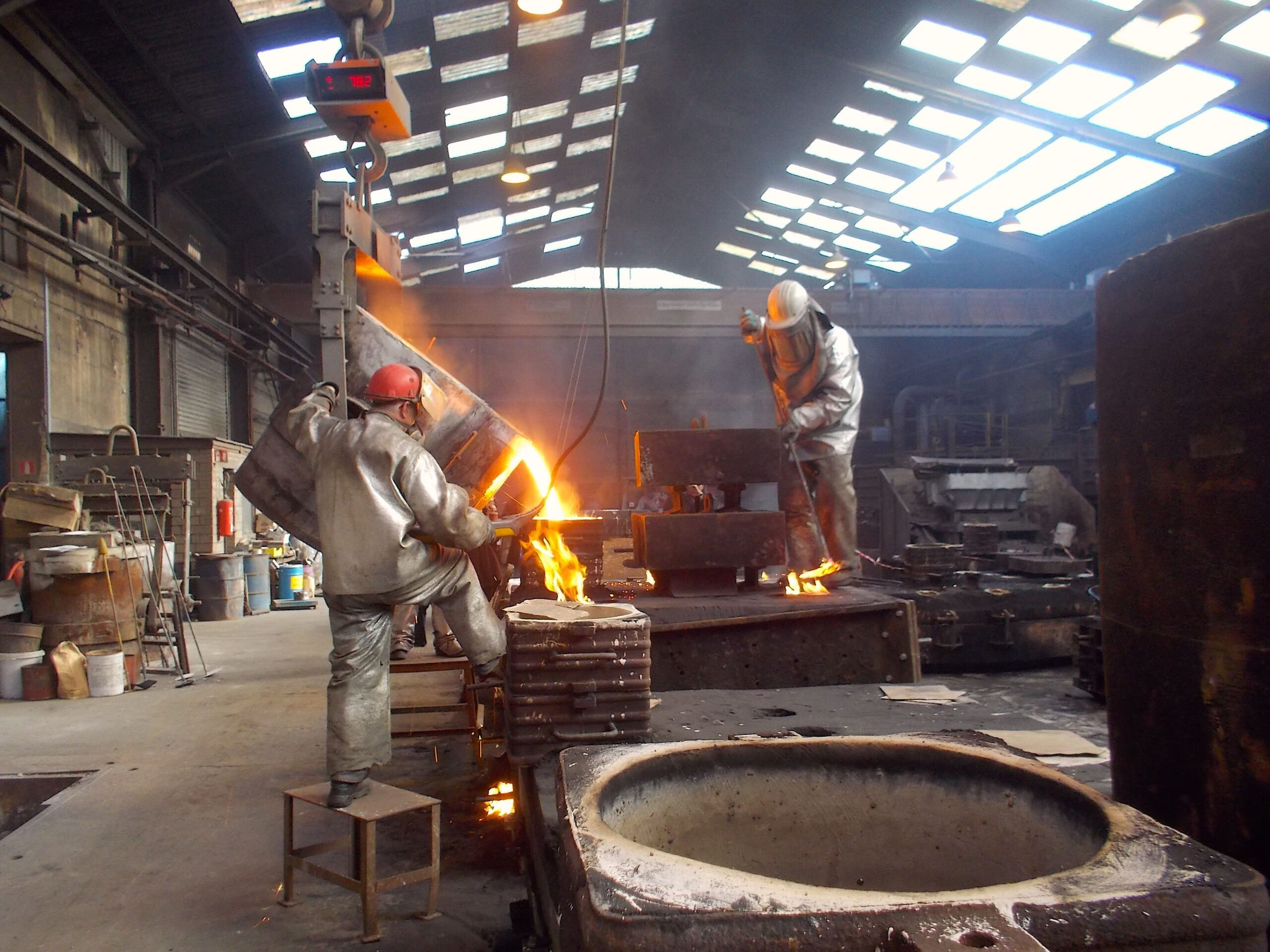 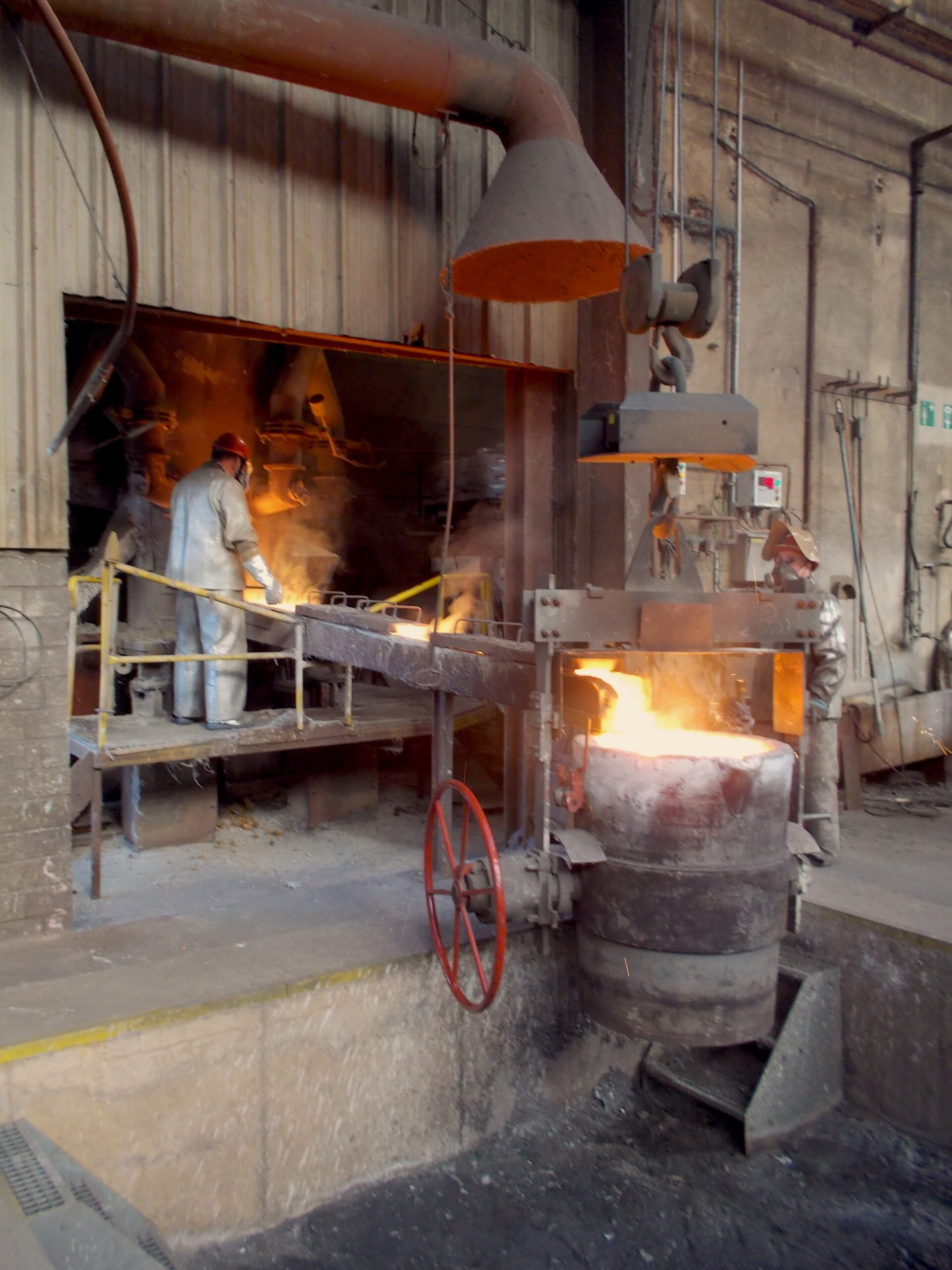 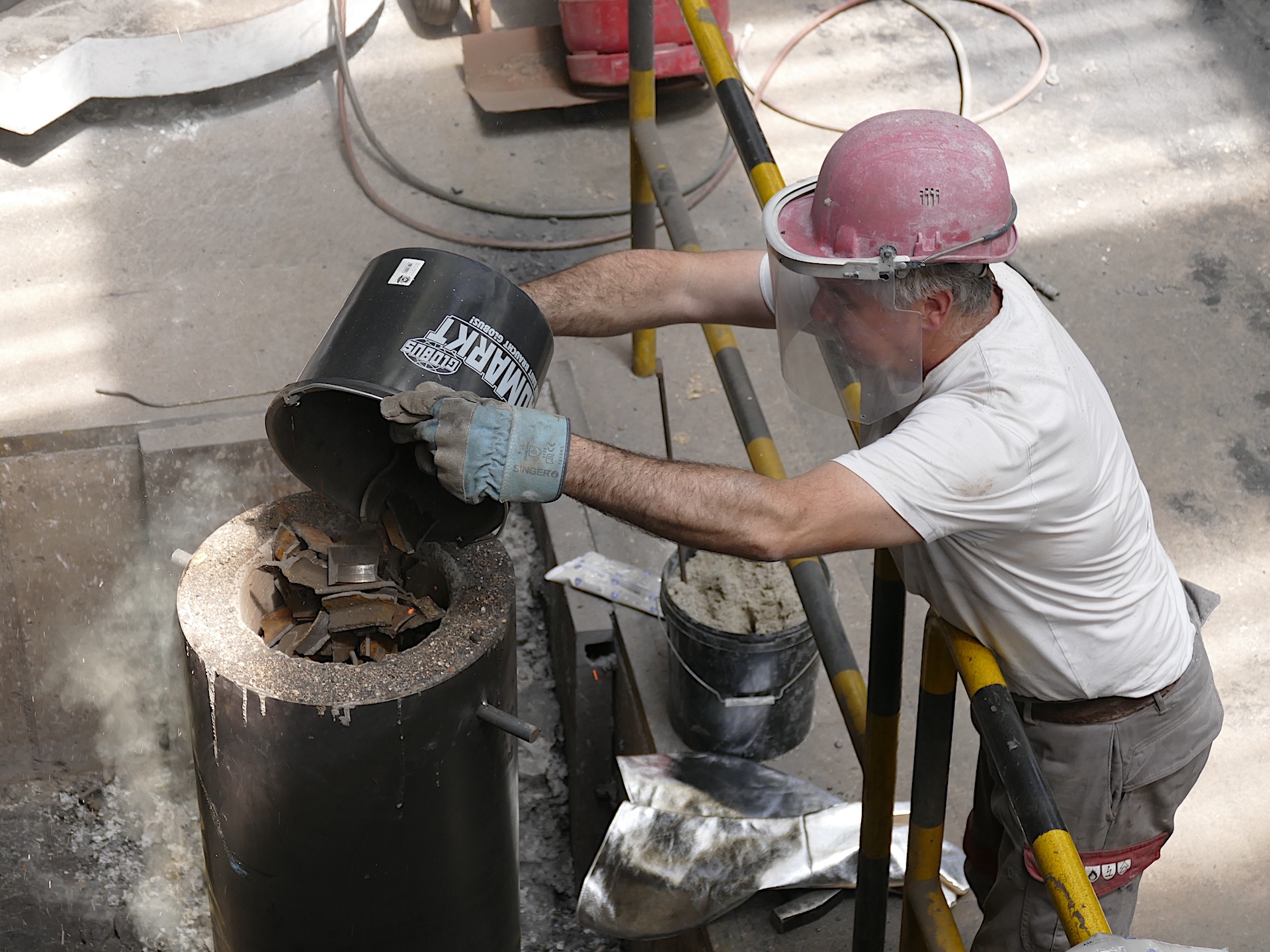 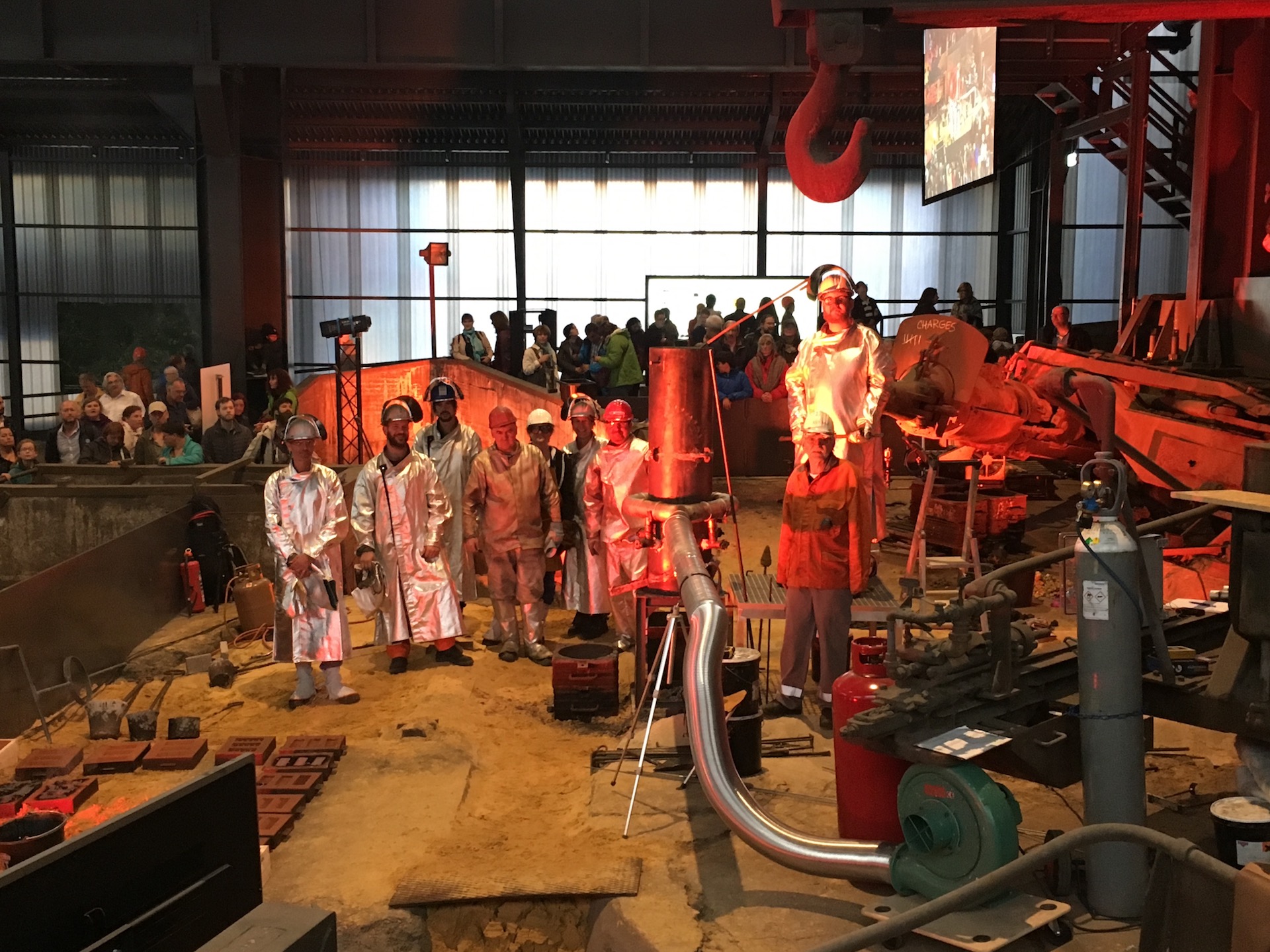 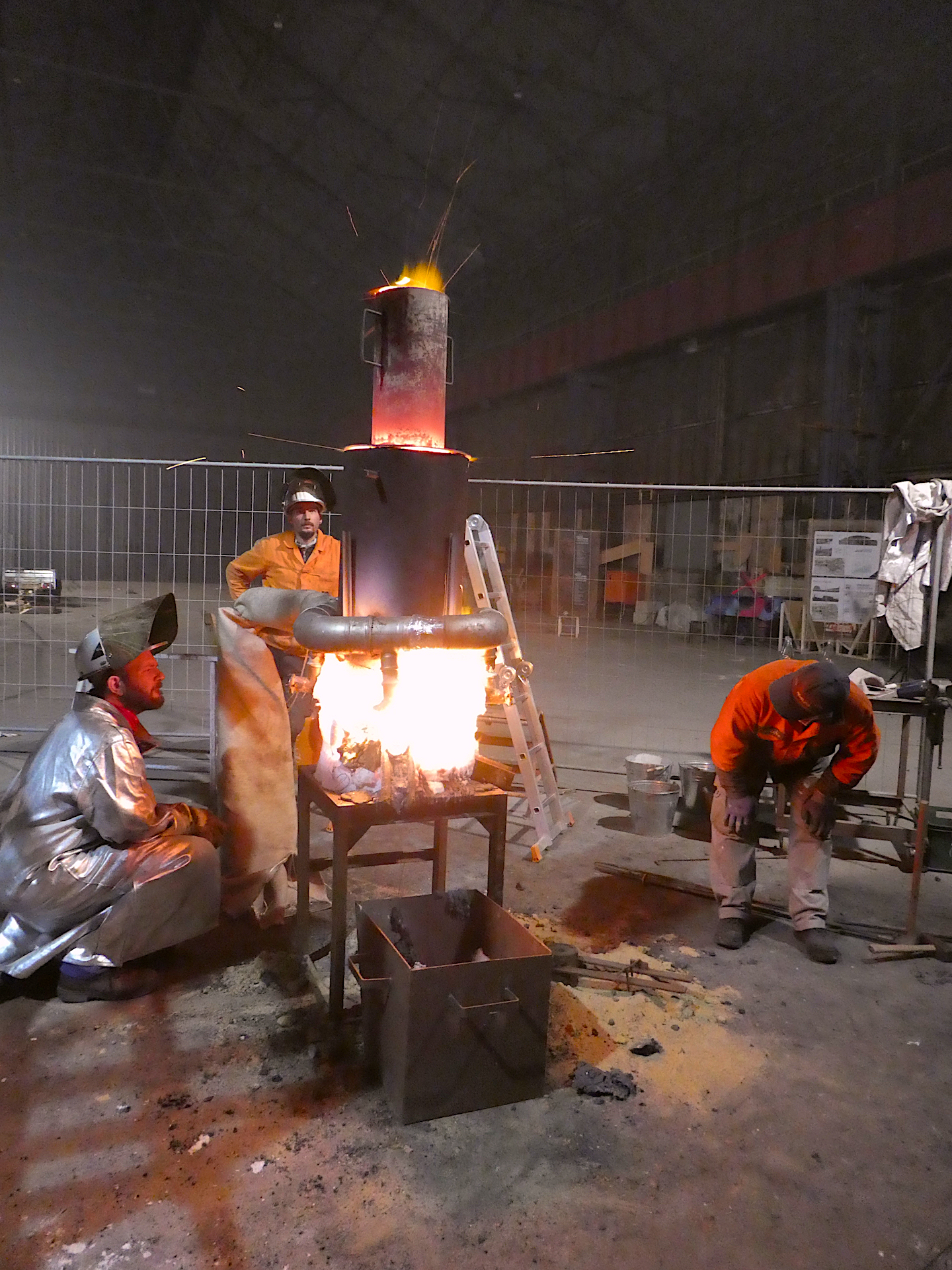